Great Atlantic piece on the Future of TV, and Netflix

That’s because “television,” he says, is a word that’s lost all meaning

I don’t know how much longer the idea of a “season” will be something that we feel like we need to adhere to in television. Even the idea of an episode. I think with streaming, you might have shows in the future where you have three or four hours released. And then three months later you’ll get another couple hours. And then nine months later you might get six more hours. I mean, do all of those constitute a season, or do you sort of dispense with the notion of seasons altogether?

For kids that are being born right now and will grow up with a smartphone or some sort of tablet in their hands, there’ll be no differentiation for them between watching these things on their phone or their tablet or their television.

What are the metrics for success? It used to be very simple. Whichever shows got the most viewers were able to sell the most expensive advertising. But I’m writing the show for a company that does not sell advertising. They sell subscriptions. What does it mean to run a subscription-based company? A big part of that is meeting the demands of your subscribers. We know this well in the theater. 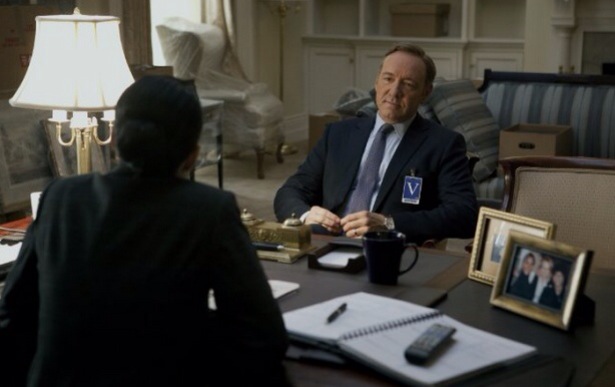