Interesting NYT piece on the Sharing Economy: Workers Find Both Freedom and Uncertainty?

A really interesting post presenting some of the key issues behind the rise of ‘sharing economy' leaders such as Uber, Lyft, TaskRabbit and AirBnB. Some similar thoughts have recently crossed my mind, as well – is the so-called sharing economy actually based on some short-fused and ‘technology-fueled exploitation' scheme or is there a lot more to it?

In the Sharing Economy, Workers Find Both Freedom and Uncertainty (NYT)

Part of the attraction for investors is that the companies can avoid huge employee payrolls by effectively functioning as labor brokers…  These are not jobs, jobs that have any future, jobs that have the possibility of upgrading; this is contingent, arbitrary work,” says Stanley Aronowitz, director of the Center for the Study of Culture, Technology and Work at the Graduate Center of the City University of New York. “It might as well be called wage slavery in which all the cards are held, mediated by technology, by the employer, whether it is the intermediary company or the customer.” With piecemeal gigs easier to obtain than long-term employment, a new class of laborer, dependent on precarious work and wages, is emerging. In place of the “proletariat,” Guy Standing, a labor economist, calls them the “precariat” “They may be able to paint someone’s shed this week,” says Dr. Standing, a professor of developmental studies at the University of London. “But they don’t know what will happen next week.” 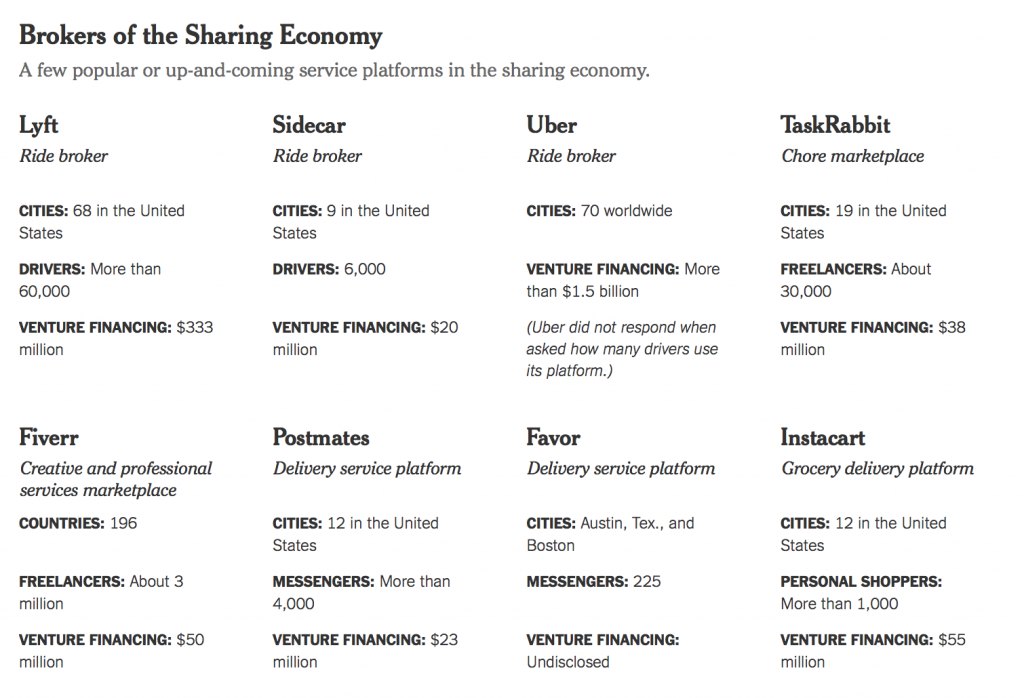 Related chart: valuations of some sharing economy leaders (via QZ.com) 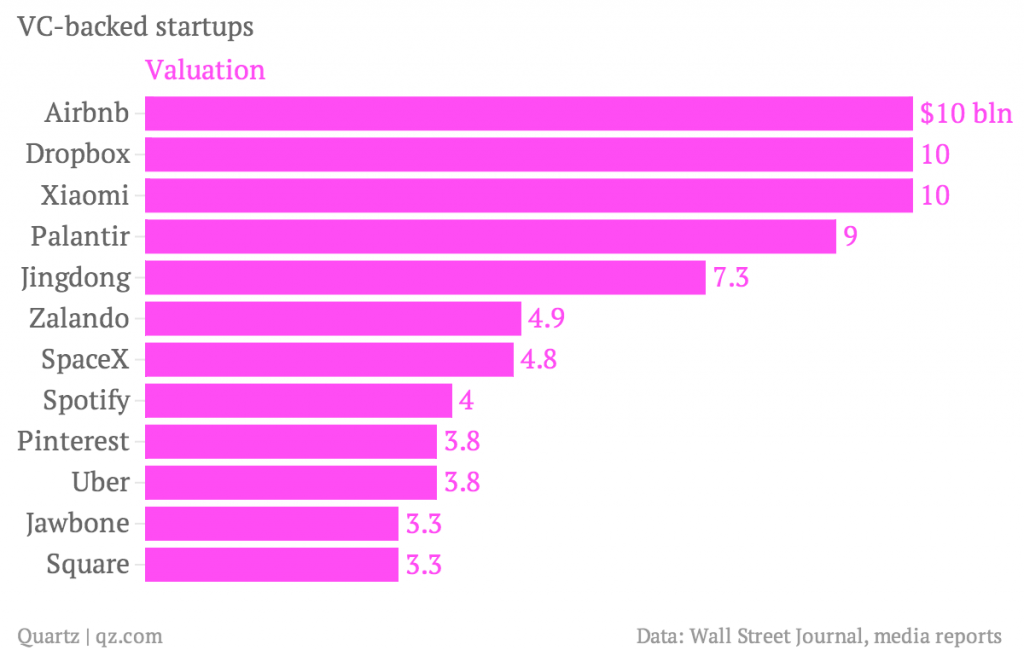