Walk Frees Global Slavery Index defines slavery as people forced into labor, debt bondage, trafficking, sexual exploitation for money and forced or servile marriage and there are nearly 36 million of them across the globe. Thats 0.5 percent of the worlds population. 17.5 million people are living in slavery in South Asia with the majority, some 14.3 million, living in India. East Asia & Pacific comes second for severity with over 6 million while an estimated 5.6 million slaves also live in Sub-Saharan Africa. 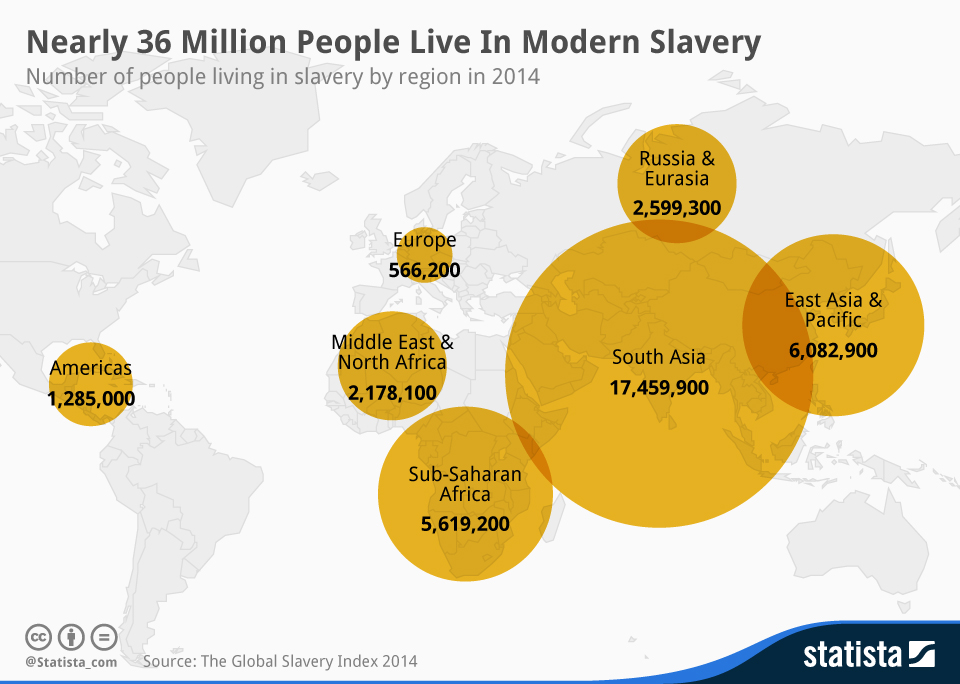