Interesting Chart: Global Trust Levels In Business And Governments (via Statista), my 2 cents

80 percent of people surveyed in 27 markets across the globe distrust their governments, businesses or both, according to Edelman's 2015 Trust Barometer. Looking at several key countries in the survey, distrust is most rampant in Britain, France, Germany, Russia and the United States….In Russia, 54 percent of people trust their government compared to 45 percent who trust the business sector. In the United States, however, business comes before government for trust. 60 percent of Americans trust business compared to just 41 percent who trust the government. In countries badly affected by the financial crisis like Spain, it comes as no surprise that trust levels in the government are extremely low – just 26 percent. People are more optimistic about business and it's trusted by 43 percent of people.

via • Chart: Global Trust Levels In Business And Governments | Statista.

Here are my 2 cents on this: 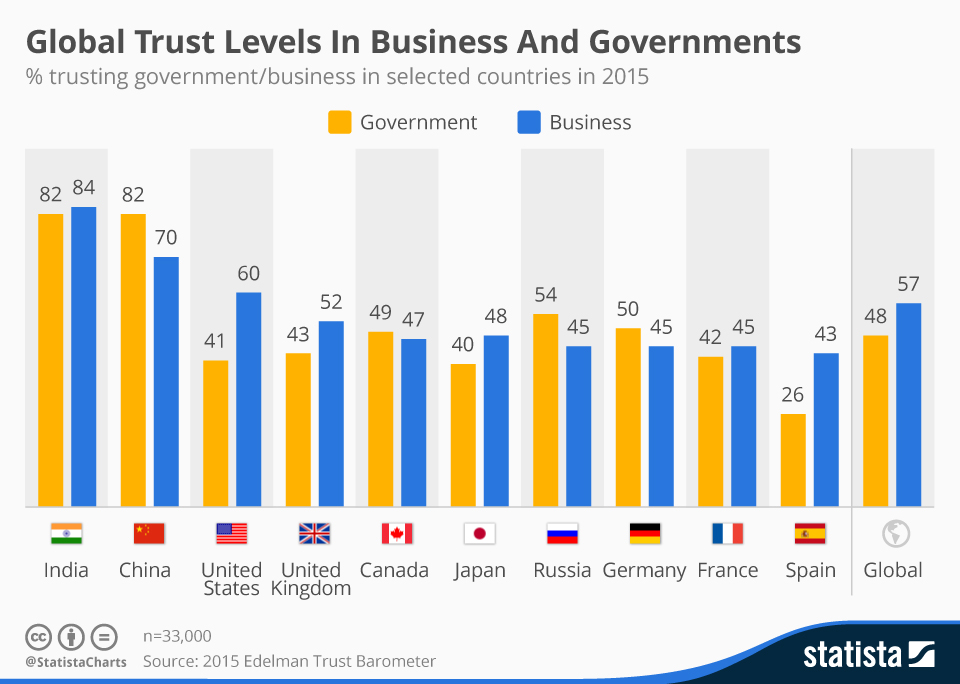