Digital EthicsFuture of HumanityGene Editing
This piece really made me think
“The effort to incubate organs in farm animals is ethically charged because it involves adding human cells to animal embryos in ways that could blur the line between species. Last September, in a reversal of earlier policy, the National Institutes of Health announced it would not support studies involving such “human-animal chimeras” until it had reviewed the scientific and social implications more closely…. The worry is that the animals might turn out to be a little too human for comfort, say ending up with human reproductive cells, patches of people hair, or just higher intelligence. “We are not near the island of Dr. Moreau, but science moves fast,” NIH ethicist David Resnik said during the agency’s November meeting. “The specter of an intelligent mouse stuck in a laboratory somewhere screaming ‘I want to get out’ would be very troubling to people.”

Hiromitsu Nakauchi, a stem-cell biologist at Stanford University, began trying to make human-sheep chimeras this year. He says that so far the contribution by human cells to the animals’ bodies appears to be relatively small. “If the extent of human cells is 0.5 percent, it’s very unlikely to get thinking pigs or standing sheep,” he says. “But if it’s large, like 40 percent, then we’d have to do something about that. 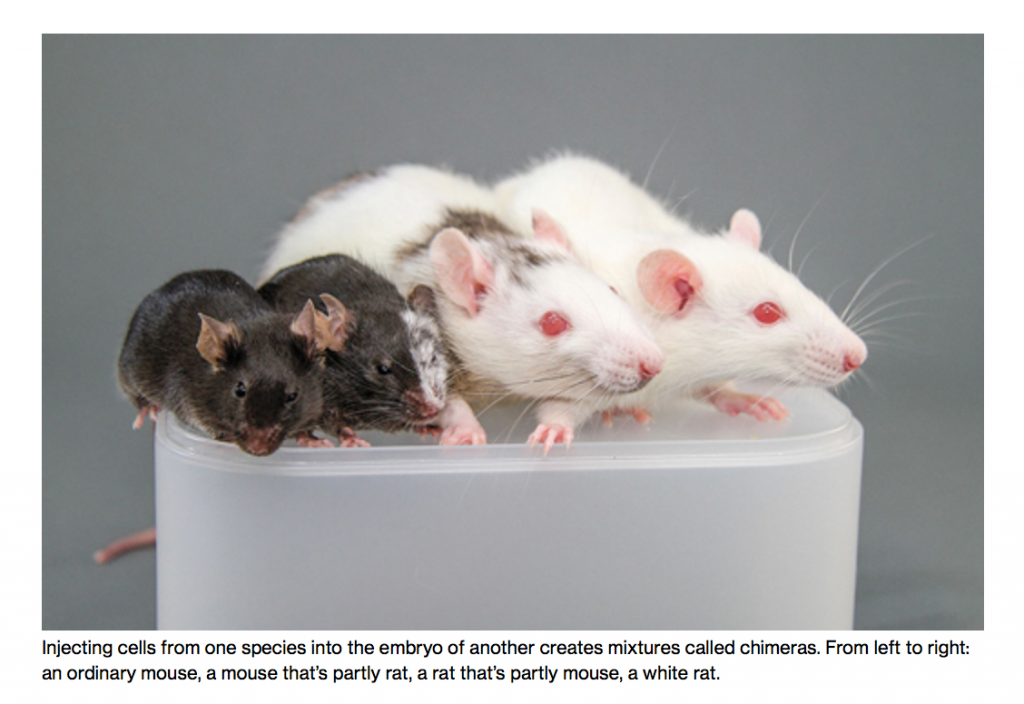