This post will be updated regularly as I'm deciding on what to do about my Facebook  presence.  Thanks for all your votes btw – you can see the results up to this point here or below. For now, I have decided to dial back 95% as far as my Facebook usage goes, but will not delete my pages and profile quite yet.  Stay tuned for updates.

Added 2/6/2016 via The Guardian: Five strategies for reclaiming our personal privacy online by Emily Taylor. Our privacy is being exploited commercially by the oligopoly of Silicon Valley, and in the name of national security by our governments. With so little control over our online lives, how can we reclaim the balance?  Be sure to download Emily's white-paper as well

Added Feb 13 2016: Facebook and the new colonialism (The Atlantic) 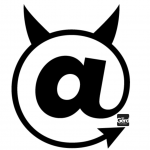 Facebook now generates 35% of my traffic to this site and my Youtube channel, yet I am seriously thinking about ending my posts and contributions to Facebook, and may delete my profile and my pages altogether.

Here are is why I am getting worried about what I like to call the creeping ‘evilfication' of Facebook:

So what about LinkedIn, Twitter et al?  Well, LinkedIn is a professional platform (which I pay for), and marketing yourself is front and center when it's about jobs or business development. Even though many of their recent changes are not making me very happy, either (such as removing the ability to email select groups of people), LI's faustian bargain is still much sustainable for me.

Twitter is more like short-form blogging and P2P/Group messaging – yes, similar concerns about tracking and profiling may arise, but compared to Facebook it's a minor issue.

So, if you are currently following me mostly on Facebook and want to continue stay in-touch with me, be prepared for my Facebook switch-off, read ‘how to connect to Gerd Leonhard without entering Facebook's walled garden' and follow me on my other channels and newsletters.

Lastly: be sure to read the brilliant Scott Allan Morrison near-fiction book ‘Terms of Use‘ (along with Dave Eggers' The Circle', 2014) to see where Facebook may be heading in the near future.

I'd really like to know what you think about these arguments – please kindly contribute to my poll below, or contact me anytime via email or better yet, use the comment tool below!

Gerd Leonhard's critical points on Facebook are
Correct and therefore he really should quit Facebook
More or less correct but quitting Facebook would still be a bad idea
Mostly far-fetched – Gerd: stay on Facebook and suck it up!
Other
Please Specify: 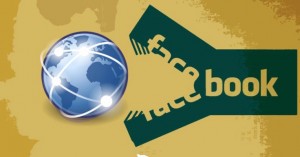 Read more background stories that have influenced my decision:

Facebook is eating the Internet (and Media) via The Atlantic

My GerdFeed items on Facebook (stuff I have highlighted while reading)

Read this comment on the ‘Dunbar study':   Social networks typically encourage promiscuous ‘friending' of individuals who often have very tenuous links to you (via Engadget)

Q: You are skeptical of the way people protest through social media, of so-called “armchair activism,” and say that the internet is dumbing us down with cheap entertainment. So would you say that the social networks are the new opium of the people?  Answer:  The question of identity has changed from being something you are born with to a task: you have to create your own community. But communities aren’t created, and you either have one or you don’t. What the social networks can create is a substitute. The difference between a community and a network is that you belong to a community, but a network belongs to you. You feel in control. You can add friends if you wish, you can delete them if you wish. You are in control of the important people to whom you relate. People feel a little better as a result, because loneliness, abandonment, is the great fear in our individualist age. But it’s so easy to add or remove friends on the internet that people fail to learn the real social skills, which you need when you go to the street, when you go to your workplace, where you find lots of people who you need to enter into sensible interaction with. Pope Francis, who is a great man, gave his first interview after being elected to Eugenio Scalfari, an Italian journalist who is also a self-proclaimed atheist. It was a sign: real dialogue isn’t about talking to people who believe the same things as you. Social media don’t teach us to dialogue because it is so easy to avoid controversy… But most people use social media not to unite, not to open their horizons wider, but on the contrary, to cut themselves a comfort zone where the only sounds they hear are the echoes of their own voice, where the only things they see are the reflections of their own face. Social media are very useful, they provide pleasure, but they are a trap.

Some related videos from my recent keynotes and video projects: