Found this on Twitter via Paul Kirby: the most saturated countries feel worst about the future?  Is that because people in China, India and Indonesia are still further away from attaining all that stuff that we, in so-called developed countries, already have?  Are they just more hungry than us, are are we just to spoiled and saturated? 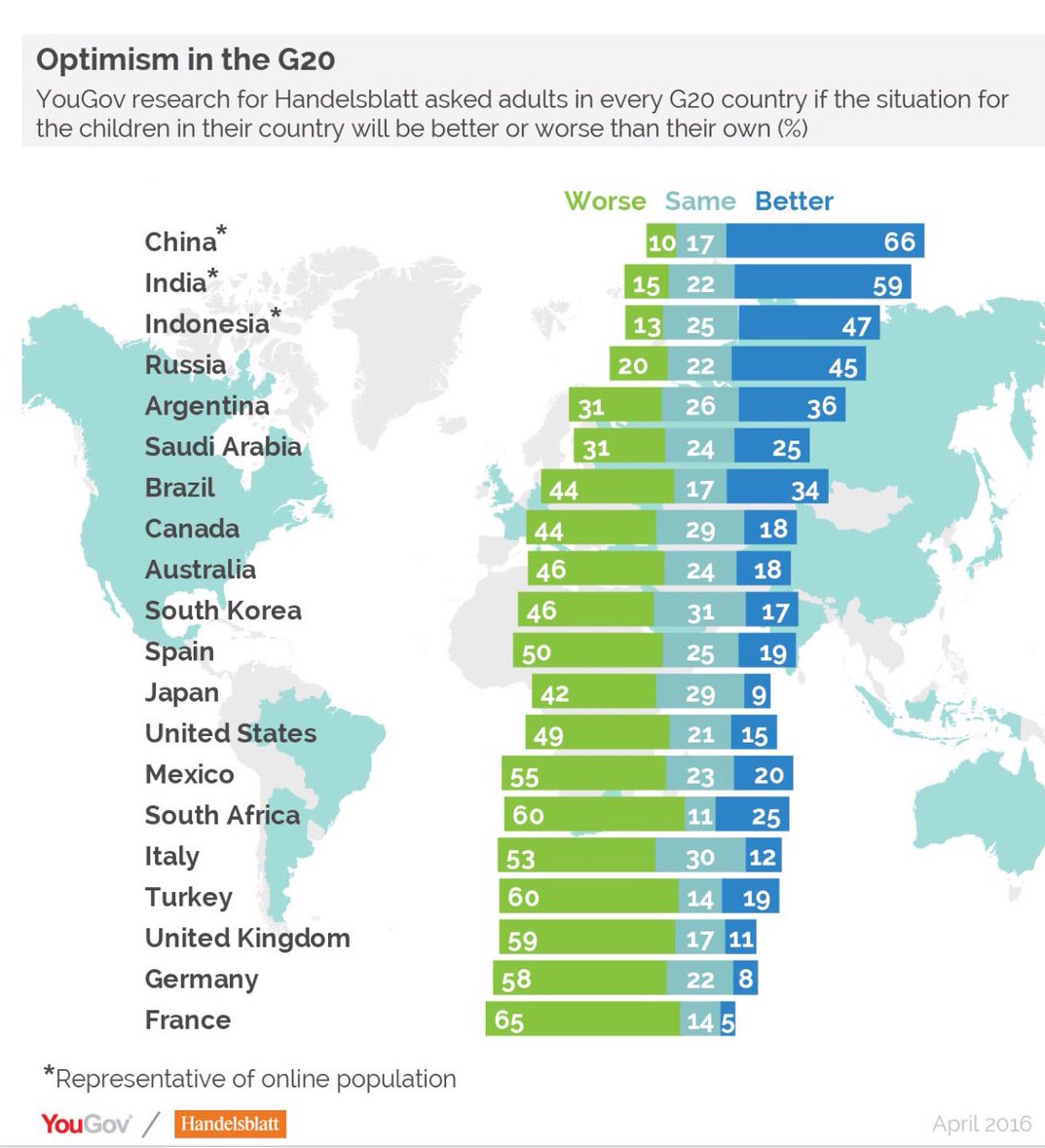