Good read via The Economist: machine learning and government

Read: of prediction and policy (The Economist)
Governments have much to gain from applying algorithms to public policy, but controversies loom

Machine-learning systems excel at prediction. A common approach is to train a system by showing it a vast quantity of data on, say, students and their achievements. The software chews through the examples and learns which characteristics are most helpful in predicting whether a student will drop out. Once trained, it can study a different group and accurately pick those at risk. By helping to allocate scarce public funds more accurately, machine learning could save governments significant sums. According to Stephen Goldsmith, a professor at Harvard and a former mayor of Indianapolis, it could also transform almost every sector of public policy.  In hospitals, for instance, doctors try to predict heart attacks so they can act before it is too late. Manual systems correctly predict around 30%. A machine-learning algorithm created by Sriram Somanchi of Carnegie Mellon University and colleagues, and tested on historic data, predicted 80%—four hours in advance of the event, in theory giving time to intervene.  READ ON 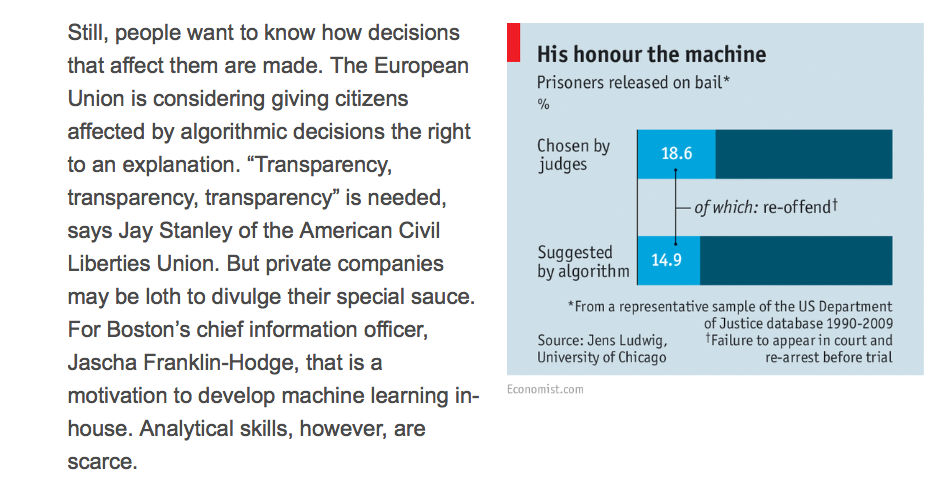