2017: Goodbye to the Age of Replication, welcome back to Originality: productivity… is for Robots.

The current Age of VUCA (Volatility, Uncertainty, Complexity and Ambiguity) might be seen altogether differently in the future. It is unlikely that the Romans of 476 AD saw themselves as vanishing or going under, although they knew

something was changing with the disappearance of the last Western emperor. The morning after that happened, Rome hadn't fallen, just moved. In the same way the era we are now entering, i.e. Planet Earth 2017 AD, is altogether the same world we inhabited before Brexit or Trump, just shaken.

Some people like to see 2016 as the end of the post-war consensus, the moment when raw nationalism reared its unashamed head once again. It feels like humanity is re-entering the late Nineteen-Thirties, with Terrorism as the Fascist bogeyman this time, but in my book the perspective looks rather different:  we're not going into anything again – we're coming out of something forever.

We are now leaving behind the Industrial Age once and for all, but not in the way you might think. It's not about a Fourth Industrial Revolution, cognitive computing or ‘machines that can think’. Yes, technology is pervading private and family life like never before – even beyond the way it pervaded industrial life over two centuries ago. The original industrial revolution  (for now, let's bundle the multiple iterations of steam, electricity, automation and computing together) ushered in an Era of Mass – mass consumerism, mass media, mass solutions to personal issues of all kinds from transport and work to food, education and healthcare. We have now left that age behind.

The current debate about employment, for example, gets it mostly wrong – it's not about ,New Collar’ jobs to replace Blue and White Collar ones. Rather, the bottom line is that any employment which relies on routines or repeatable processes of a known kind – that includes science, government, legal work and surgery just as much as manufacturing, transportation and hotel services – will now disappear, gradually then suddenly, becoming extinct of humans. Productivity, and soon, efficiency is for robots (for more on this powerful meme, read Kevin Kelly's latest book The Inevitable)

The richly ironic fact is that the truly human skills (such as artisan and craft abilities) that preceded the industrial revolution will now be the only ones that will guarantee fruitful employment in future. A craft is an art that is transformed into a trade: this is the very definition of tomorrow's human job-scape – not the newfangled roles of data architects, drone operators or AI supervisors, but the ‘old-fangled’ one of apprentice and master crafts-men and -women.

Is our educational system ready for this renaissance? Hell no! In most countries it’s too busy contributing to the maws of digital extinction by training rote skills and known processes. A craftsman or woman is not a cookie cutter. Each product is unique. Each service is a one-off. That is the future, and it bodes just as ill for at least some lawyers, bankers and doctors as it does for the truck drivers and restaurant waitresses. Anything that can be codified will not remain human turf for much longer.

Human beings will be reserved for untrodden paths where process and routine has never ventured. The model here is the entrepreneur and the artist – not the ‘professional', the ‘expert’ or the ‘qualified'. Entrepreneurial crafts will replace today's same old, same old jobs and roles, and we'll see a tidal wave of professional extinction joining yesteryear's telephonists, weavers, coopers and axe-head carvers.

As bots and cyborgs fatten the ranks of manufacturing workers, shop assistants, police and hospital staff, the only humans left at work will be the ‘understanders’, the creatives, the entrepreneurial and those that are ‘exponentially human'. Traditional education will not only fail to prepare one, but work against survival chances – industrial education, that is – rule-based, precedent-driven, just-in-case education.

If you've been automated out of a job, re-education will no longer secure your rescue – far better to learn how artists and inventors ideate (seemingly) out of nothing, because where there are no precedents, there can be no artificial intelligence, no algorithms.

Once upon a time London taxi drivers trusted to ‘The Knowledge’ to keep them in a driving seat. But so too did hordes of well-off professions, from legal eagles to City pinstripes to politicos. In this coming era of AI and cognitive computing, merely The Knowledge will no longer save us – only what comes before knowledge (creative daring, intuitive problem-solving) or after knowledge (wisdom and transformation) will truly make a difference.

The outcasts of the industrial era – the creatives  and their ilk – will now become the pathfinders and pioneers. If your work today involves replication of any kind – repetitive paperwork or feeding things into a computer, say – it will surely find its way into machine hands. But if you are comfortable waking up every morning to face a blank canvas, an empty page, your future is sure. Just as globalization is not wiping out national cultures but in fact making their intensification imperative for differentiated survival, so too machines are in fact forcing us humans to become Leonardos. How many do you know? Not many, I bet. How many people do you know now working in unhappy but “safe” jobs? Scores, probably. Machines may learn but they cannot invent – they can duplicate and simulate but they cannot exist (the much better terms is the German word Dasein).

Only a human being can start from nothing and that terrifying prospect may become a richly consoling reality. Goodbye cruel world of replication – and good riddance. Onwards. Upwards.

Find out more about my new book ‘Technology vs Humanity', or read the TVH cheat sheet, and buy the book on Amazon (this link automatically takes you to your local amazon site), or order it directly from my publisher (all formats; bulk orders at a discount) 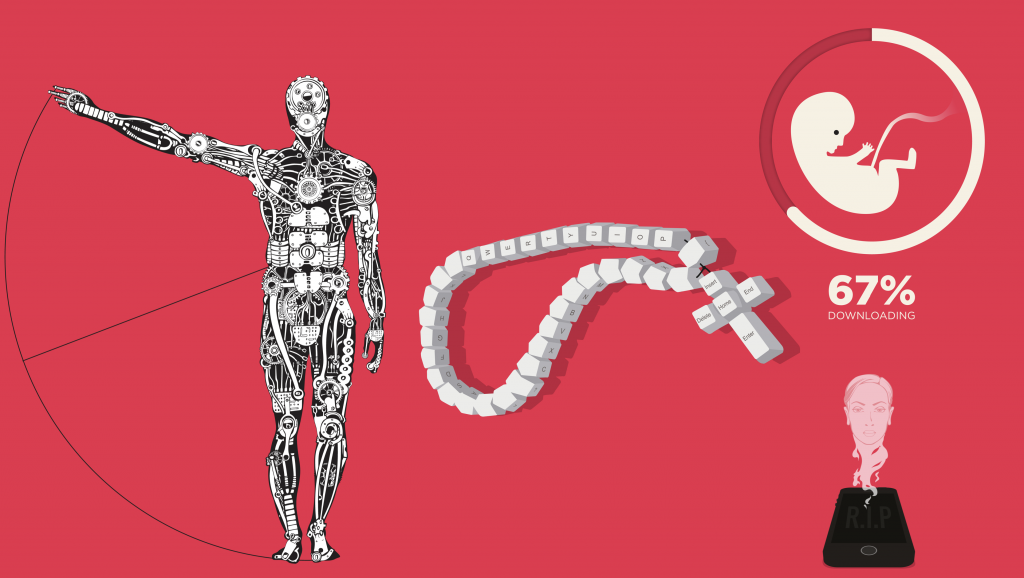 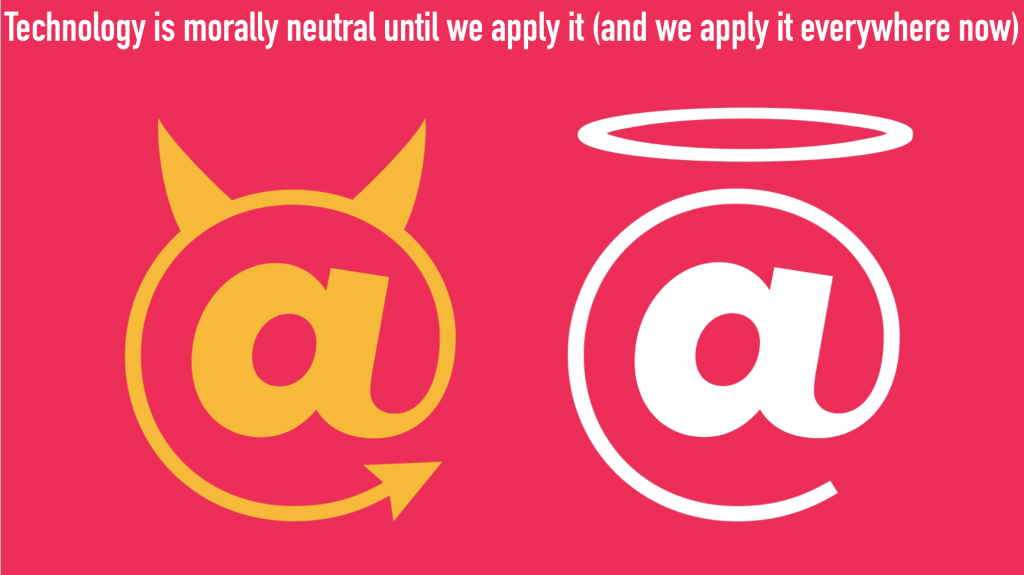 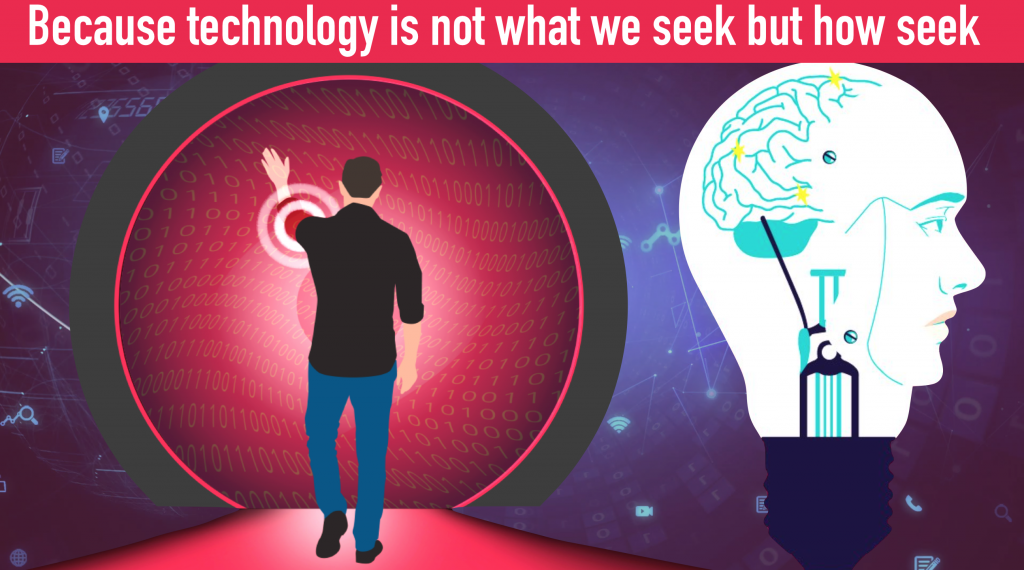 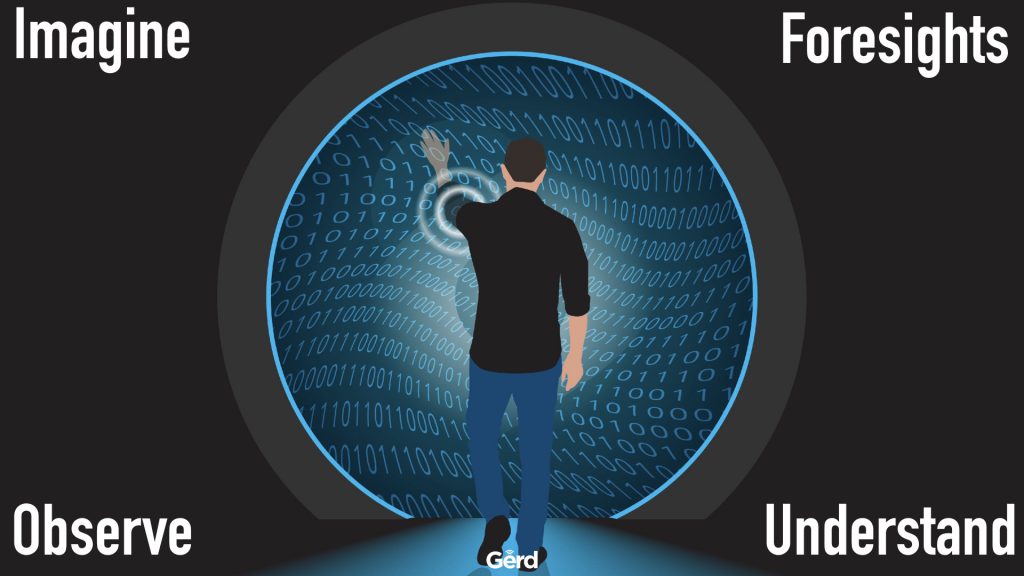 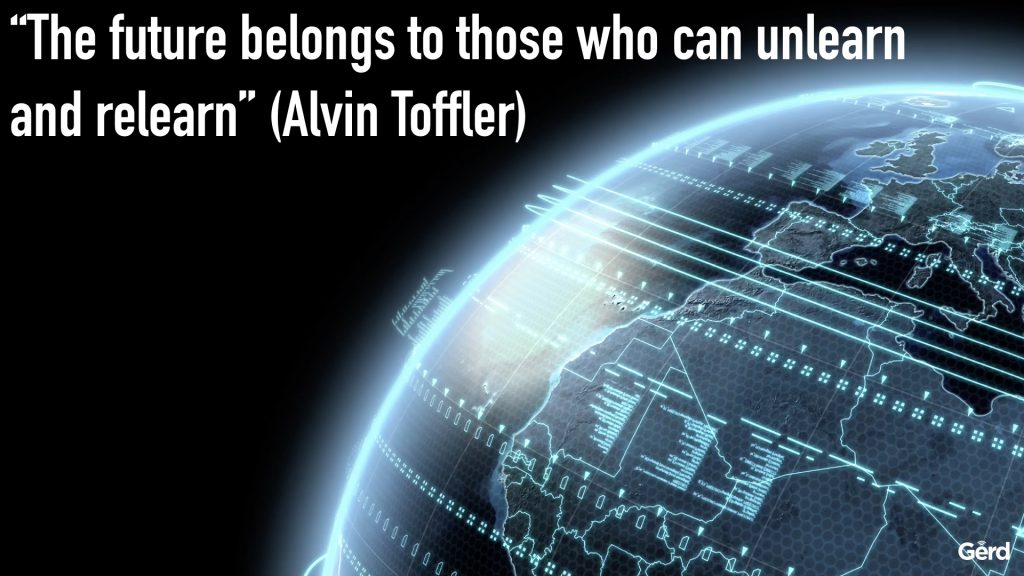 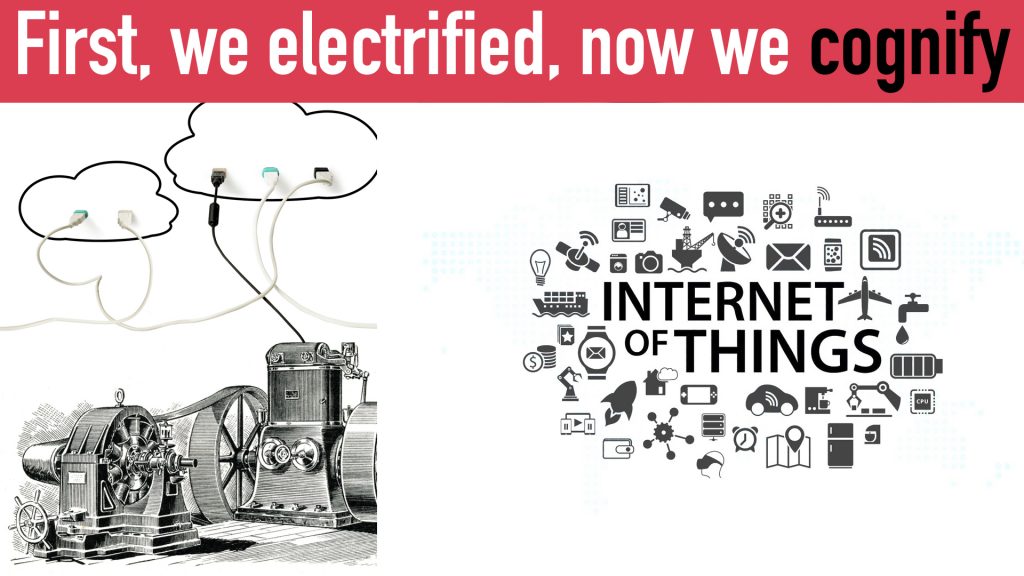 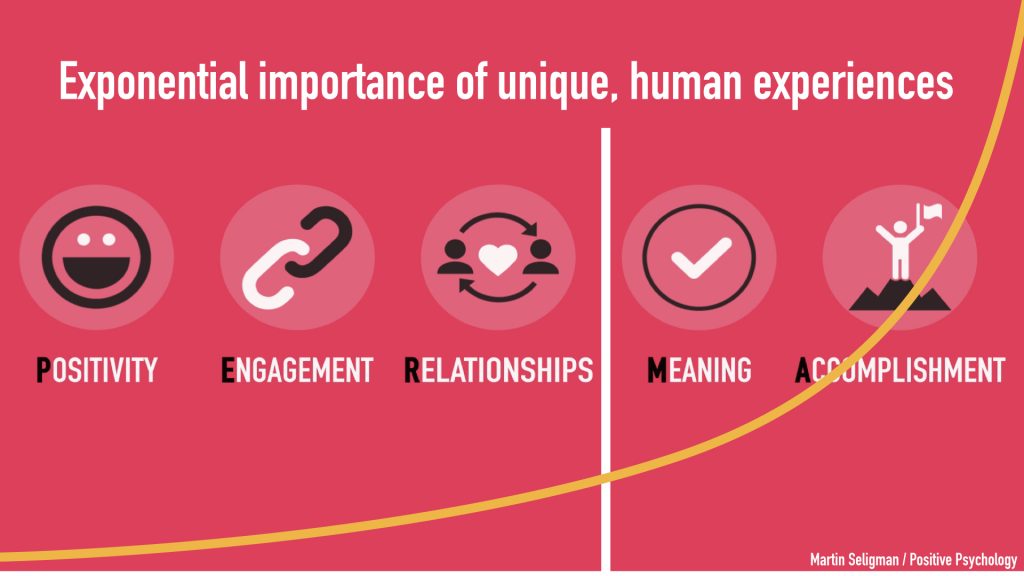 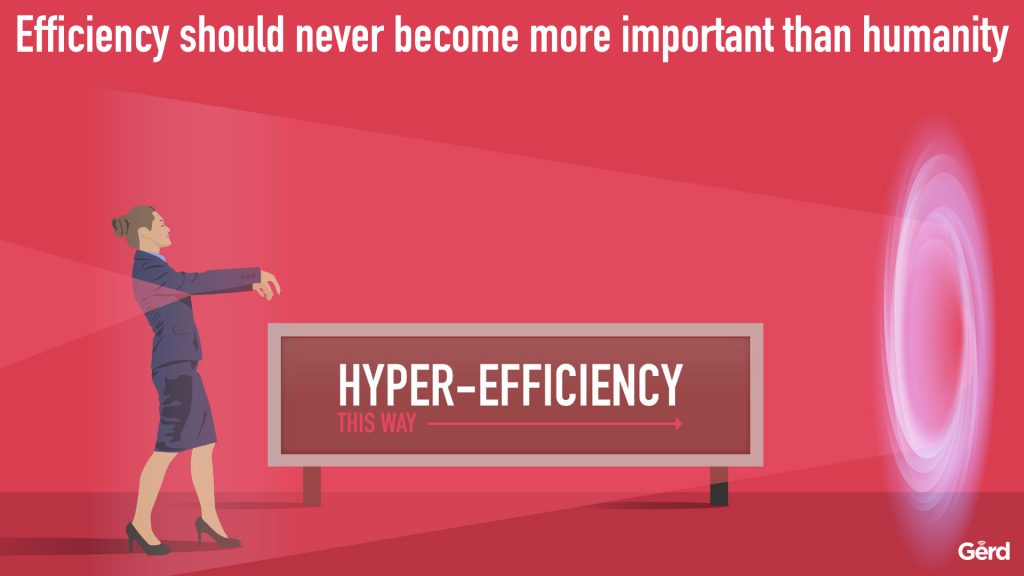 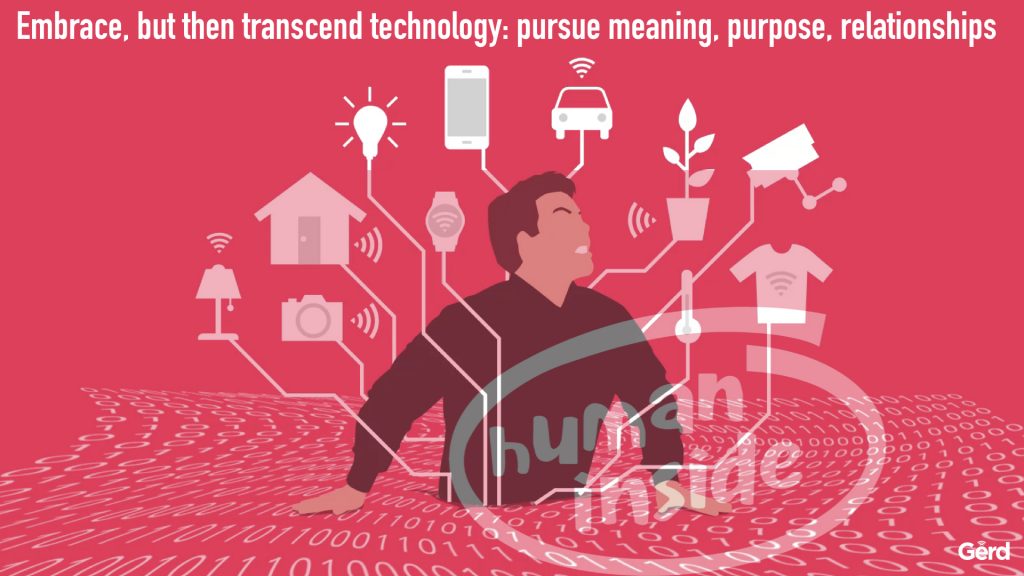 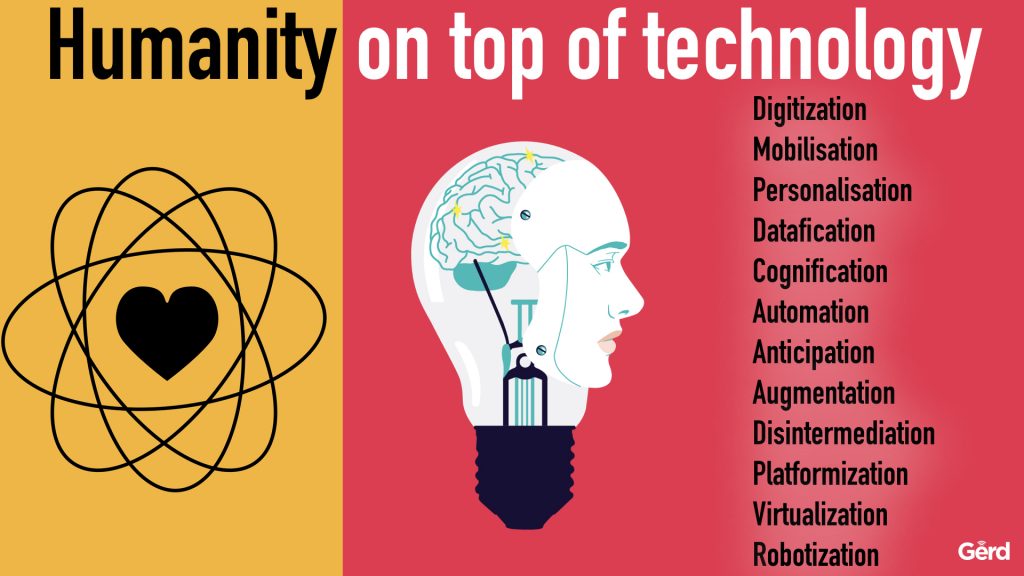