Is There an AI President in Our Future? That Might Be an Upgrade??

Digital Ethics
“Given some of the recent occupants of the White House, many might consider it an upgrade. After all, humans are prone to making decisions based on ego, anger, and the need for self-aggrandizement, not the common good. An artificially intelligent president could be trained to maximize happiness for the most people without infringing on civil liberties. It might even learn that it’s a good idea to tweet less—or not at all.

Sure, on first glance the idea is far-fetched and a little bit ridiculous. It’s not clear, for example, how an algorithm, no matter how lucid, could host a state dinner. Still, AI politicians are the likely culmination of trends already underway. Think about cars. Tesla owners are thrilled to let their Model S’s drive themselves, and auto manufacturers are rushing to produce vehicles that won’t even have steering wheels. Within a decade, tens of thousands of people will entrust their daily commute—and their safety—to an algorithm, and they’ll do it happily.

Why? Because it will make their lives better. Instead of sitting in traffic, drivers—now passengers—can watch a movie or get some work done. The increase in human productivity and happiness will be enormous. At the same time, it’ll make us safer. More than 30,000 people die in traffic accidents every year in the US alone, and almost all of those deaths are attributable to human error. Self-driving cars are poised to reduce that number significantly.”

Is There an AI President in Our Future? That Might Be an Upgrade
https://www.wired.com/2017/05/hear-lets-elect-ai-president/
via Instapaper 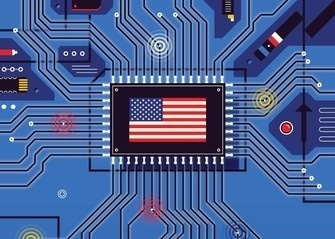