Sound familiar? I was happy to see that the concept of ‘Digital Ethics‘, proposed in my latest book Technology vs Humanity, 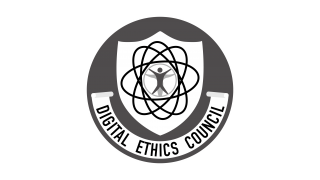 finally getting some traction at the World Economic Forum this week.

What I call ‘digital ethics' has been proposed under many different names. Telefonica have called it ‘the new digital deal', GSMA the ‘digital declaration', and IMDA Singapore the ‘ethical AI framework'.

Whatever you want to call it, the heart of the discussion remains the same: the creation of a Global Digital Ethics Council (GDEC). I propose the GDEC would start out nationally, then going EU-wide, then globally. In the coming weeks, I'll be looking to publish a short two report on the concept.

(Watch this video to find out more)

German Chancellor Angela Merkel spoke about the need for a global body at the World Economic Forum this week.  “The rapid spread of digital technology in daily life and the implications that has on the future of work and data security will require more international cooperation, not less” said Ms. Merkel.

But she also acknowledged that nobody knows how to write the rules. Neither the American nor the Chinese approach would work for Europeans, who place a high value on privacy and social justice. Ms. Merkel said. “I still have yet to see any global architecture that deals with these questions.”

Her sentiments were echoed by other world leaders – including South African President Cyril Ramaphosa, who specifically spoke about cybersecurity as a priority. “When it comes to technology, I would support an overarching body that’ll set standards on a whole range of things,” said Mr. Ramaphosa.

You can read the full coverage, here: World Leaders at Davos Call for Global Rules on Tech (NYT)