From greenwashing to “machine-washing” (a good comment on tech companies and AI, via the Boston Globe) 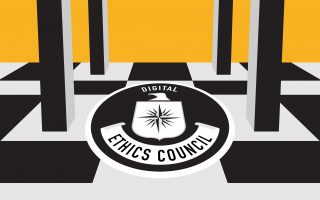 Some technology companies are starting to go the extra mile in their corporate communication strategies in order to manage the perception that they focus on being sustainable, caring for the planet and society in general. On the other hand, some of them have also become very good at “greenwashing” the externalities of AI, the IoT and other exponential technological change. (Recall that in the 1970's, ‘big oil' launched massive ad campaigns portraying themselves as friends of the earth. This cynical practice was later dubbed “greenwashing”)

“THE Modern industry is highly skilled at concealing its true agenda with happy-talk.”

Today we may be witnessing a new kind of greenwashing in the technology sector. In this Boston Globe post of last week, titled “Beware Corporate Machine Washing of AI”, the authors illustrate how some big tech companies are creating an illusion of ethics without verifiable reality.

“AI, which is still emerging, is simply too powerful a force to entrust entirely to self-interested businesses. So beware of machinewashing. The only way to ensure that today’s technologies evolve in a healthy direction is through thoughtful, truly independent oversight.”

Gerd has proposed the creation of a Digital Ethics Council. What sort of verifications could such a council put in place?