In this must-read WIRED story by the fabulous Clive Thompson who is also introducing his new book here we are encountering the coders’ tyranny of efficiency.

“It’s one thing to optimize your personal life. But for many programmers, the true narcotic is transforming the world. Scale itself is a joy; it’s mesmerizing to watch your new piece of code suddenly explode in popularity, going from two people to four to eight to the entire globe. You’ve accelerated some aspect of life—how we text or pay bills or share news—and you can see the ripples spread outward.”

“We’ve become like the coders themselves, torquing every gear in our lives to remove friction. Like any good engineer, we can make the machines of our lives run awfully fast, though it’s not clear we’re happy with where we’re going. Programming is reminiscent of poetry, where compression can confer power… Whatever you were doing before—hailing a cab, gossiping with a friend, buying toothpaste—now happens faster. The thrust of Silicon Valley is always to take human activity and shift it into metabolic overdrive. And maybe you’ve wondered, why the heck is that? Why do techies insist that things should be sped up, torqued, optimized?”

… is this because that’s what they were trained for? Yet maybe the danger is that we take it for granted that efficiency is the crucial thing to strive for… and coders are obsessed with efficiency through algorithms. I think that humans are seduced by imagination, and through what Gerd calls androrithms. We have to embrace technology but not become it.  Or as the quote from Konrad Zuse, the German civil engineer who built the first programmable computer: 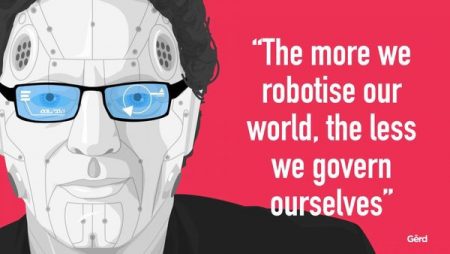 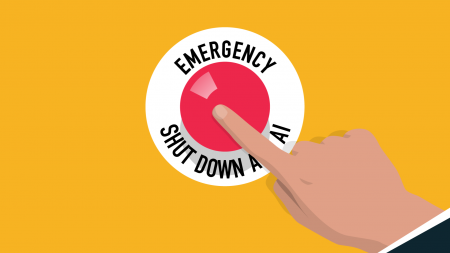