My guest post at The Guardian: Why advertisers should back a global Digital Bill of Rights

Running up to next Tuesday's Guardian Advertising Summit in London (Oct 8 2013) where I will be giving the closing keynote speech as part of a panel discussion  I was invited to contribute a guest post to The Guardian which happens to be my favorite english-language news organization and overall resource, as well. Their coverage of the Snowden / NSA affair is just utterly impressive, gutsy and daring, and I am delighted to be able to contribute something to this debate.  My guest post talks about how these Datawars (as I have come to call them) and the advertising business are very much intertwined.

Here are the first few paragraphs (the rest is here):

“I believe big data is becoming the driving force in our global economy and will drive a new kind of war. Advertisers need it to target consumers. Governments and law enforcement agencies need it to keep us safe and secure, so they say. Internet platforms and technology companies, or the “siren servers” as Jaron Lanier aptly calls them in his latest book, need it to maintain their pivotal roles in our digital lives and to continue nurturing us with all those amazing free services, apps and platforms that we can't seem to do without any longer.

Consumers: Faustian deals no more?
In the mind of most digital consumers that crave a constant flow of cool new offerings that must by default be free, “paying with data” and therefore invariably becoming the content or the product, themselves, has become the new normal – until now. What looked like a somewhat reasonable deal (“I use you and you use me”) is now starting to look like a fool's paradise: our boundless love and giddy admiration of Gmail, Google Docs and Search or the Android OS, for example, has in fact been quietly converted into fodder for “collect it all” Captain Kirk wannabes that crave information superiority under the disguise of national security.

The recent revelations by the NSA whistleblower Edward Snowden are becoming more mind-boggling by the minute; often reading like quotes from a Cory Doctorow science fiction novel. Edward's liberated intel has shown the world that this Faustian bargain of my-private-data-in-exchange-for-free-stuff has in fact already created a global monster that is now surfacing like an angry Godzilla from Tokyo Bay. We have sold our data and we have become the content ie the product, ourselves – and now we have no control over any of it. Take it or leave it, shut up or put up. Pick privacy or security. Love it or leave it.

Epicentre USA: breach of trust on a global scale
As Harvard's Yochai Benkler has aptly pointed out in a brilliant Guardian guest post, the NSA has already single-handedly declared a new kind of war on the internet as we know it, but all the while, our hyper-networked digital lives are now so heavily banking on the assumption that the basic trust, permission and control mechanisms are working. Events like this are shaking those beliefs to the core. Data is the new oil, trust is the new currency – and when trust is broken, business breaks, quickly, as well. The question is, then – who needs oil when there are no cars or aeroplanes to run on it?

Imagine being disconnected by and from the consumer: the end of cookies will be the least of it
Imagine a scenario where a significant chunk of the soon-to-be four billion internet users start to question the default Faustian bargain of “my private data in return for your connectivity, your cool platforms and amazing technologies”. This could spell the end for any meaningful and standardised tracking methodologies, with users no longer eagerly broadcasting their locations and MAC addresses on their mobile devices, as well as the likely rejection of NFC/RFID technologies or any kind of digital money, no matter how enticing an eager purveyor would make it.

Imagine brands wanting to advertise to billions of upwardly-mobile and ready-to-buy users (aka consumers) but not having permission to know enough about who they really are, what they think and how to reach them efficiently. Imagine brands and advertisers being locked out of reaching consumers because they don't trust the media they may employ to reach us; and by extension they mistrust them. Imagine consumers wanting to be “off the grid” and off-the-radar because being on the grid is like walking naked down Madison Avenue.

You don't think this will happen? One fifth of the world's desktop internet users apparently already use ad-blocking software with their browsers. Mozilla wants to make “do not track” the default setting in Firefox, and many savvy users are now considering even more dramatic action to cloak themselves and escape from the global data hoovering and hyper-marketing that seems to have become a default mindset in many countries. Jeff Jarvis is correct when he says that we need Big Tech to defend us against Big Brother; but what if Big Brother is married to Big Tech…”  Read more at The Guardian

Download the PDF with the complete Guardian post: Why advertisers should back a global Digital Bill of Rights | Media Network | Guardian Professional PDF version

Read my previous comments on Snowden / PRISM and the NSA revelations:

The coming data wars, the rise of digital totalitarianism and why internet users need to take a stand – NOW (June 27 2013)

Latest revelations on how the NSA and other government agencies are foiling encryption, plus a timely futurist’s conversation on privacy and security (Video with Ross Dawson and Gerd Leonhard)

My guest post at HBR:  A Call to Boycott U.S. Tech Platforms Over the NSA's PRISM Surveillance (July 16 2013) 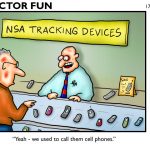 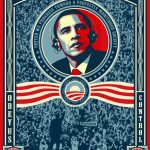 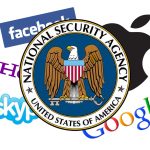