Read the entire post via ABC.au – there are a lot of good nuggets in here. Thanks Cara.  Here are some excerpts:

“Piracy is less about people not wanting to pay and more about just wanting the immediacy – people saying, ‘I want to watch Spiderman right now' and downloading it,” she said. “I think that if companies were willing to put that material out there, moving forward, consumers will follow” “There is also evidence to suggest the more a TV show or movie is pirated the better it sells, prompting some within the film industry to suggest that illegal downloads could more accurately be viewed as a form of promotion…  Ms Cusumano insists piracy is not merely people wanting something for nothing. “It's just that they want to consume films online and they're ready to consume films that way and we're not necessarily offering them in that way,” she said. “So it's the distribution models that need to catch up. “People will pay for the content – I mean we happen to be showing ours for free, which is great, but we really did see that hole and Tribeca as a whole is very interested in exploring that space with new technologies and online distribution and all the ways and different models for the industry side.    Read on

Check out the Storify discussion page – nice use of this tool! 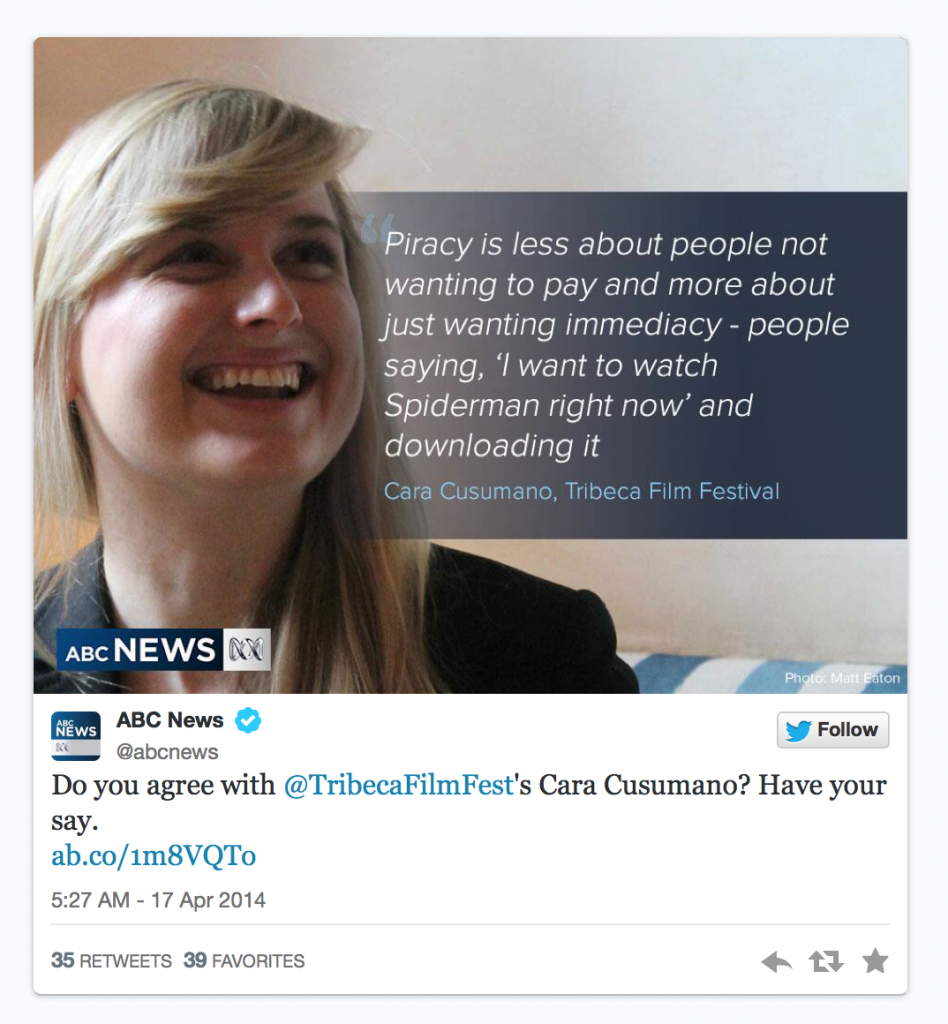 Here are 3 related videos I have published over the last few years – might be useful:)

And this one is in German language