Good review of my TedX talk on Digital Ethics

… just found this via the Cordis / EU site. Very good summary of my talk (see below)

‘Is Google tracking your every step creepy or useful?’ Leonard questioned, ‘that depends on your ethics.’ The privacy vs. security debate, Leonhard said, holds the key to why ethics are important. But who should decide for us what is ethically sound when it comes to our privacy? Our governments? Leonhard pointed to the track records of some governments on the issue: ‘The director of the FBI says that what Apple is doing right now – allowing people to hide behind encryption on the new iPhones (allegedly) – should be forbidden. The director of GCHQ says that “privacy has never been an absolute right”, and President Obama says it’s important to recognise that you can’t have 100 % security and also have 100 % privacy.’ What about the increasingly powerful intermediaries at Facebook et al, Leonhard asked: ‘Should we leave ethical decisions to those who control access or platforms or tools or apps or websites? Is that a good idea? Well it depends on who it is but this is not a black or white question.’ In the future, as another three billion people come online, digital ethics will come front and centre, Leonhard insisted: ‘Now we have intelligent next generation personal assistants like Siri and Cortana and “AI in the cloud”: Will humanity become trackable, easily manipulated remote-controlled identical people? Is the future going to be utter belief in technology? Technology can fix anything?’ ‘Technology is now going inside of us and we are going inside of technology,’ he continued, ‘that’s really what AI means – a piece of humanity going inside a machine’. Leonhard dubbed this fast approaching reality as ‘Helven’ – Heaven and Hell, depending on how you look at it. ‘The question,’ he said, ‘is no longer if we can do something, because the answer is yes, sooner or later. The new question has to be why and who and when’. After tabling so many ethical questions, Leonhard proposed some welcome guidance: ‘We need a balance. We need to pursue humanness and technology – allowing inefficiency and driving efficiency. Exponential is about velocity, power and the network effect. I would like to propose a new tag called “humanential” which is about depth, meaning and self-realisation. Those things are converging.’ He noted the three basic rules that the World Future Society advises when it comes to the ethics of our future reality: Humans should not become technology; humans should not be subject to dominant enforcement by AI and humans should not fabricate new creatures. 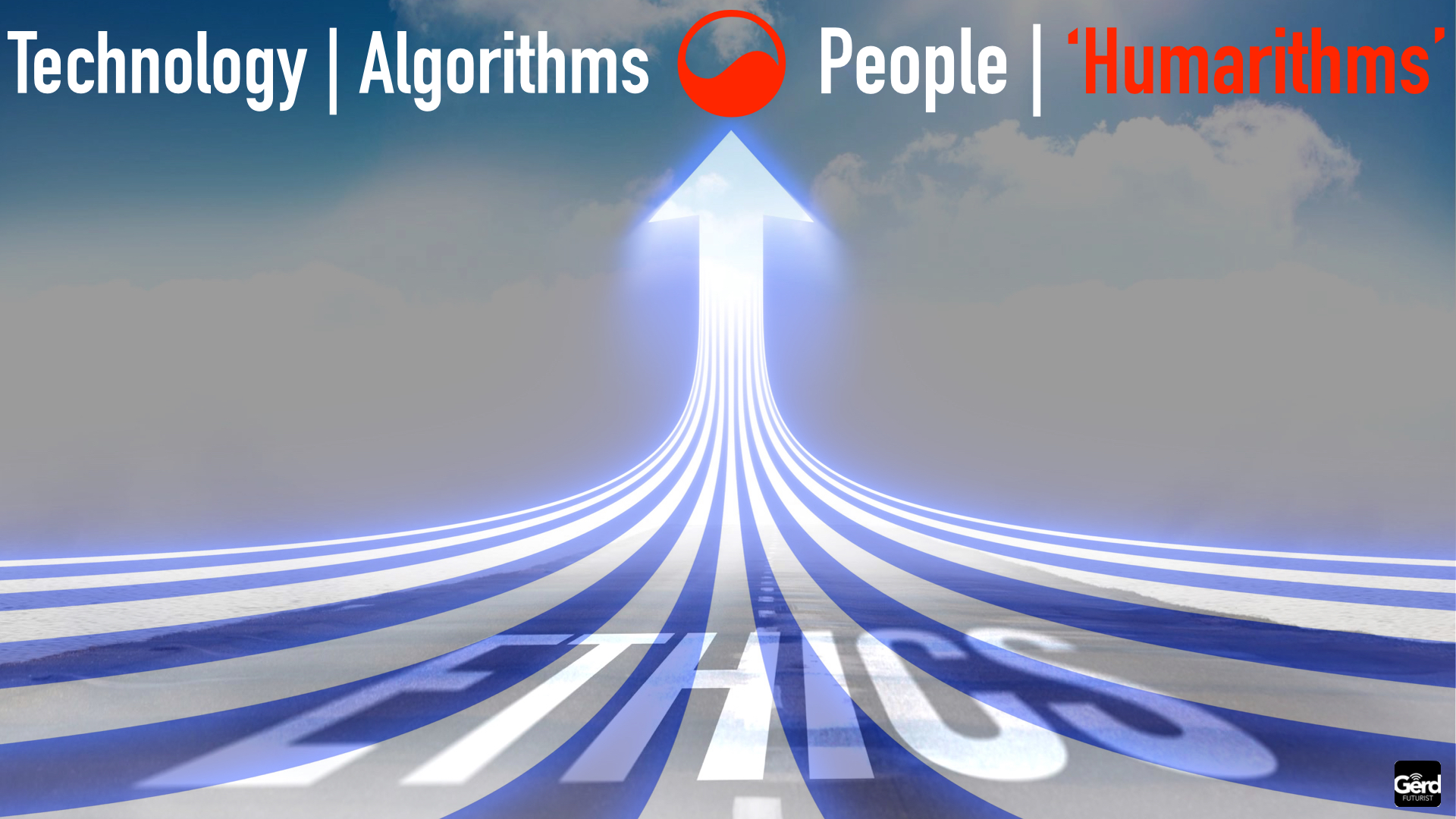 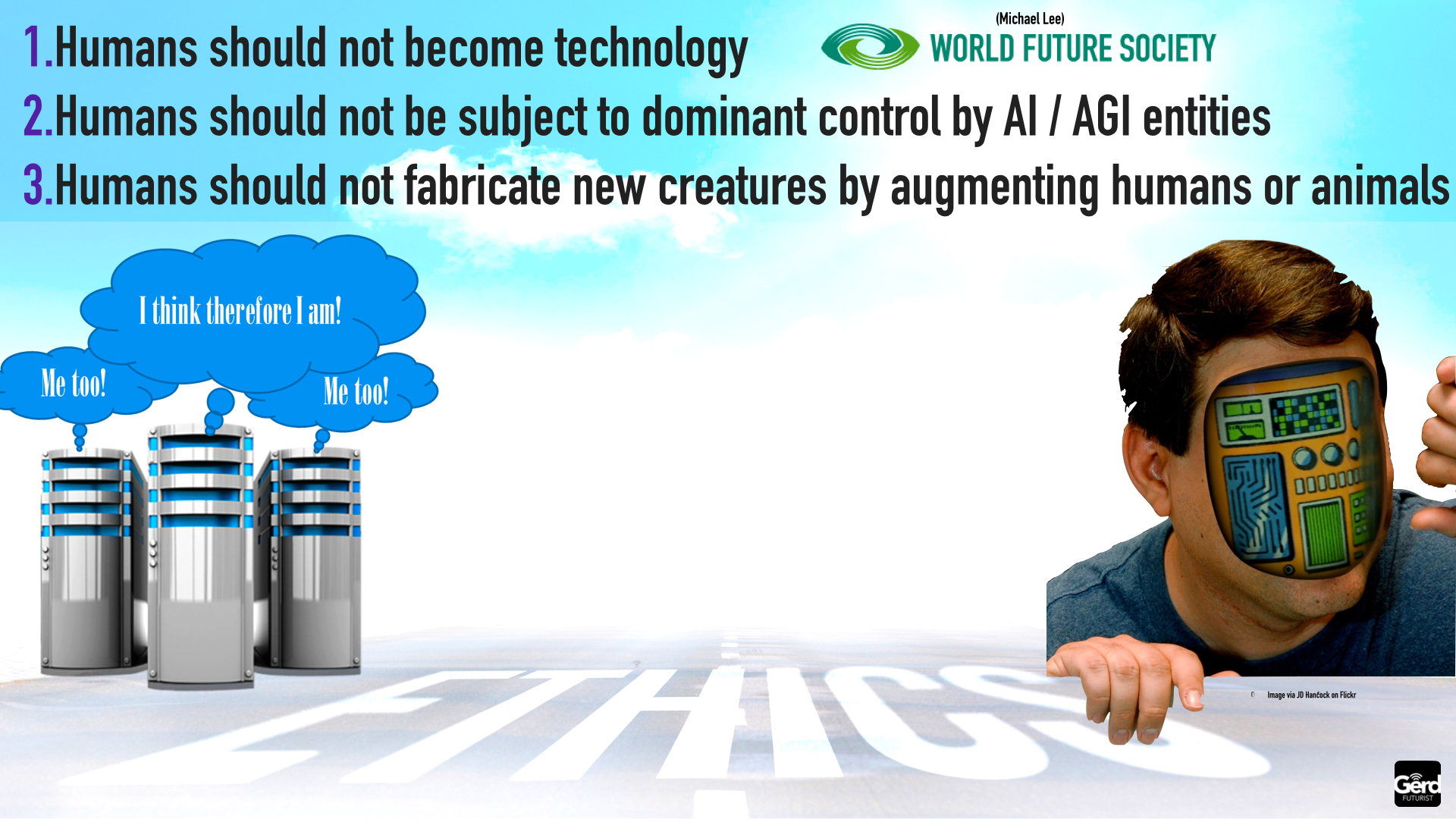 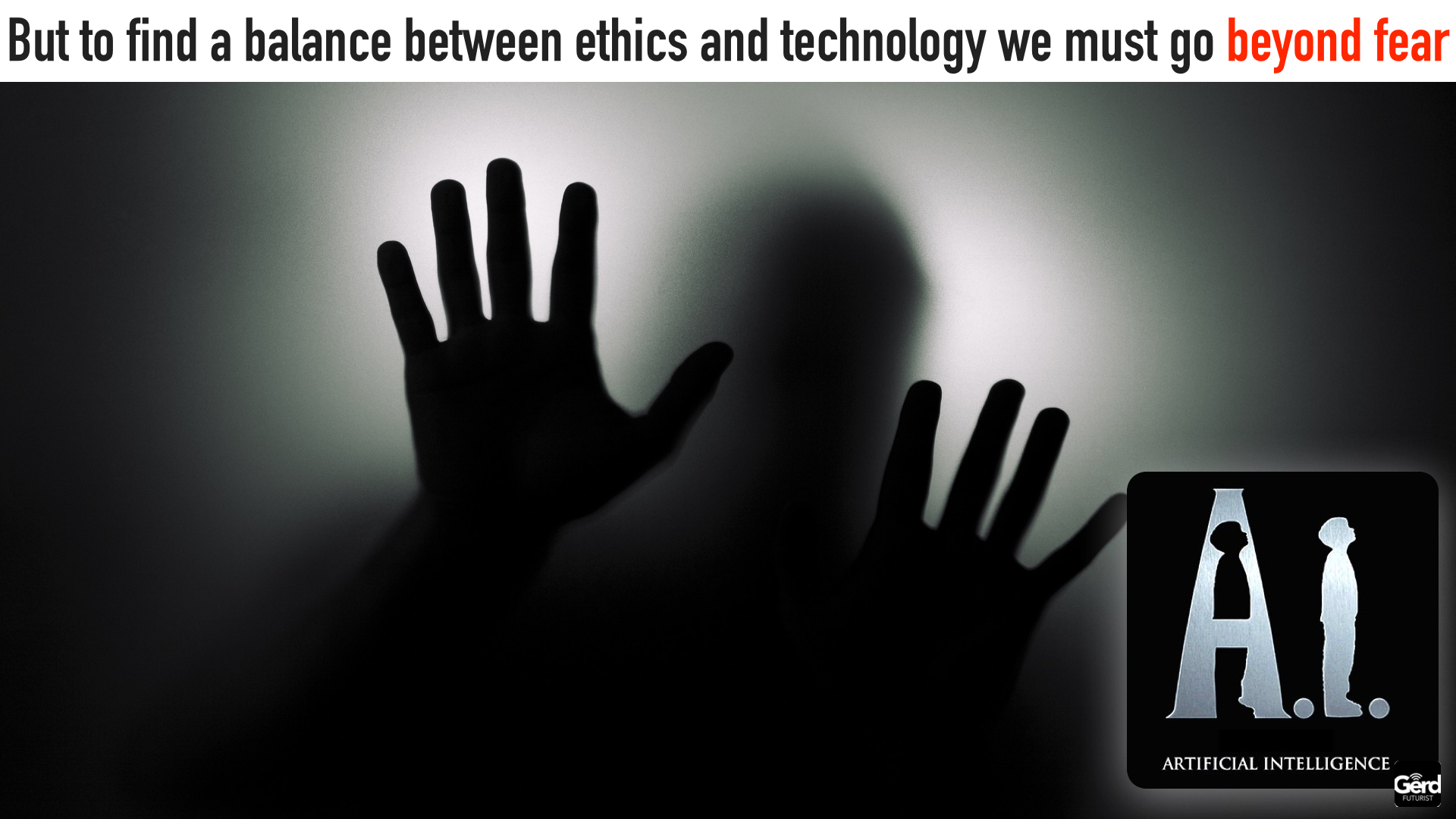 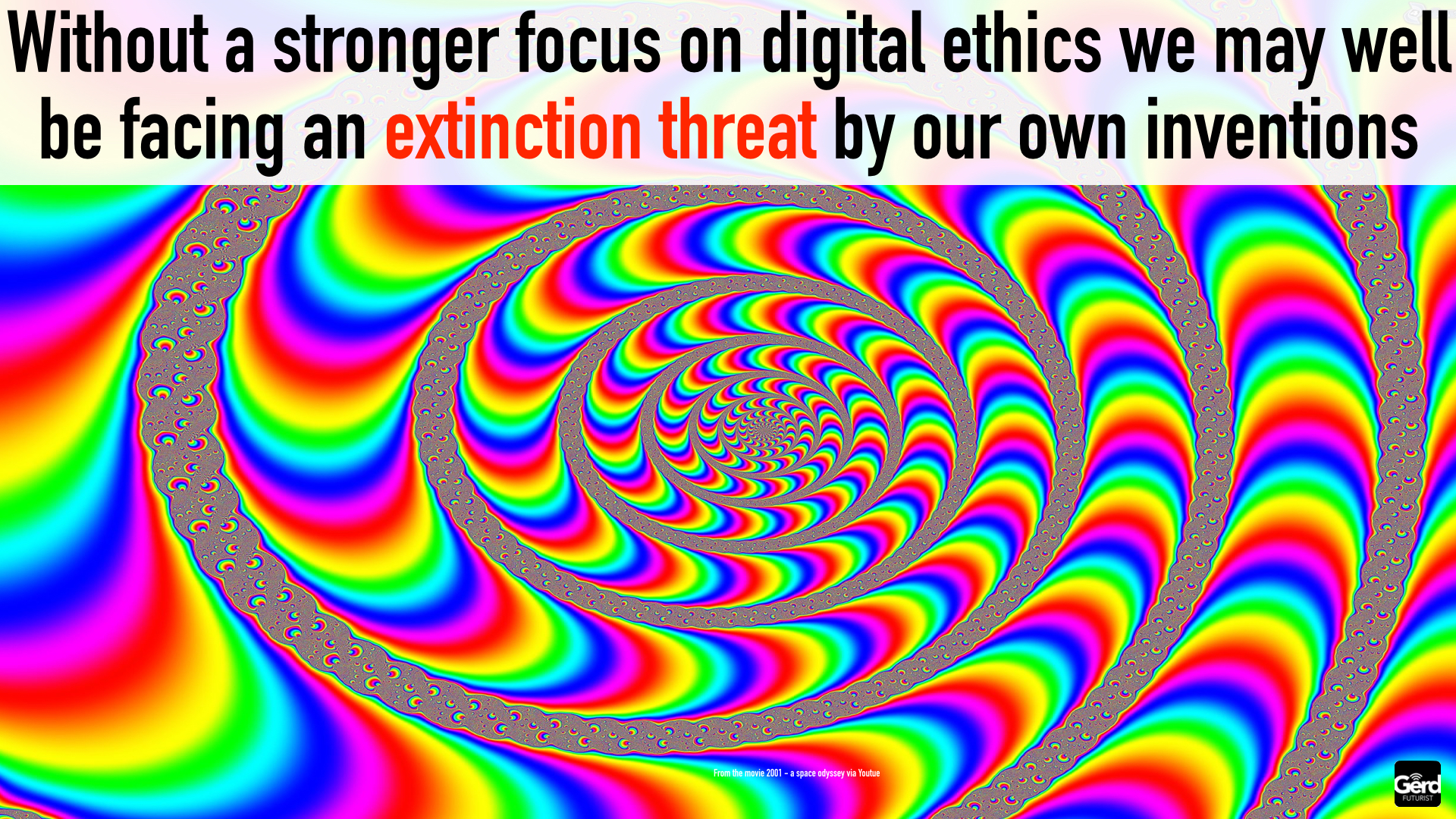 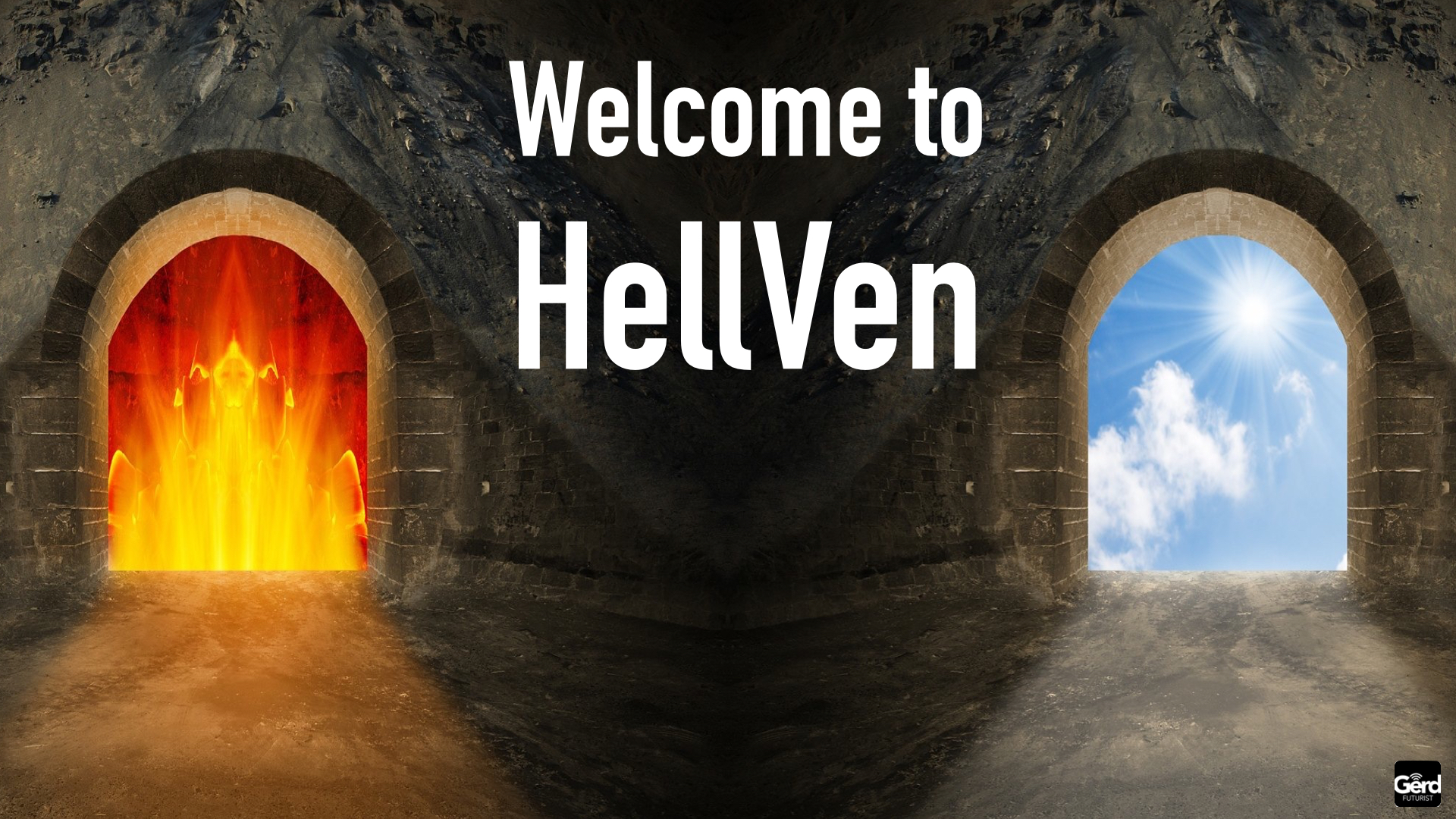 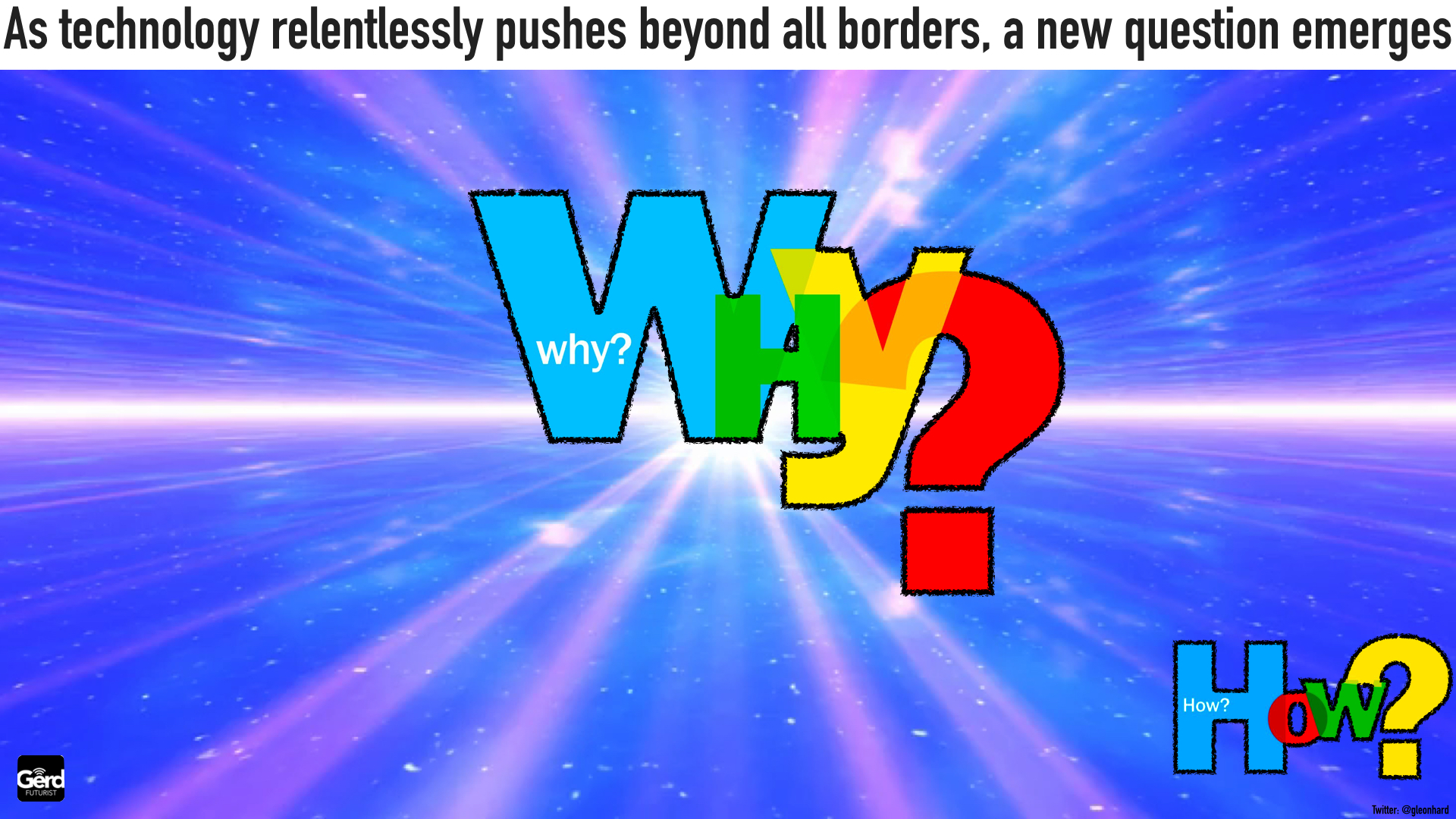 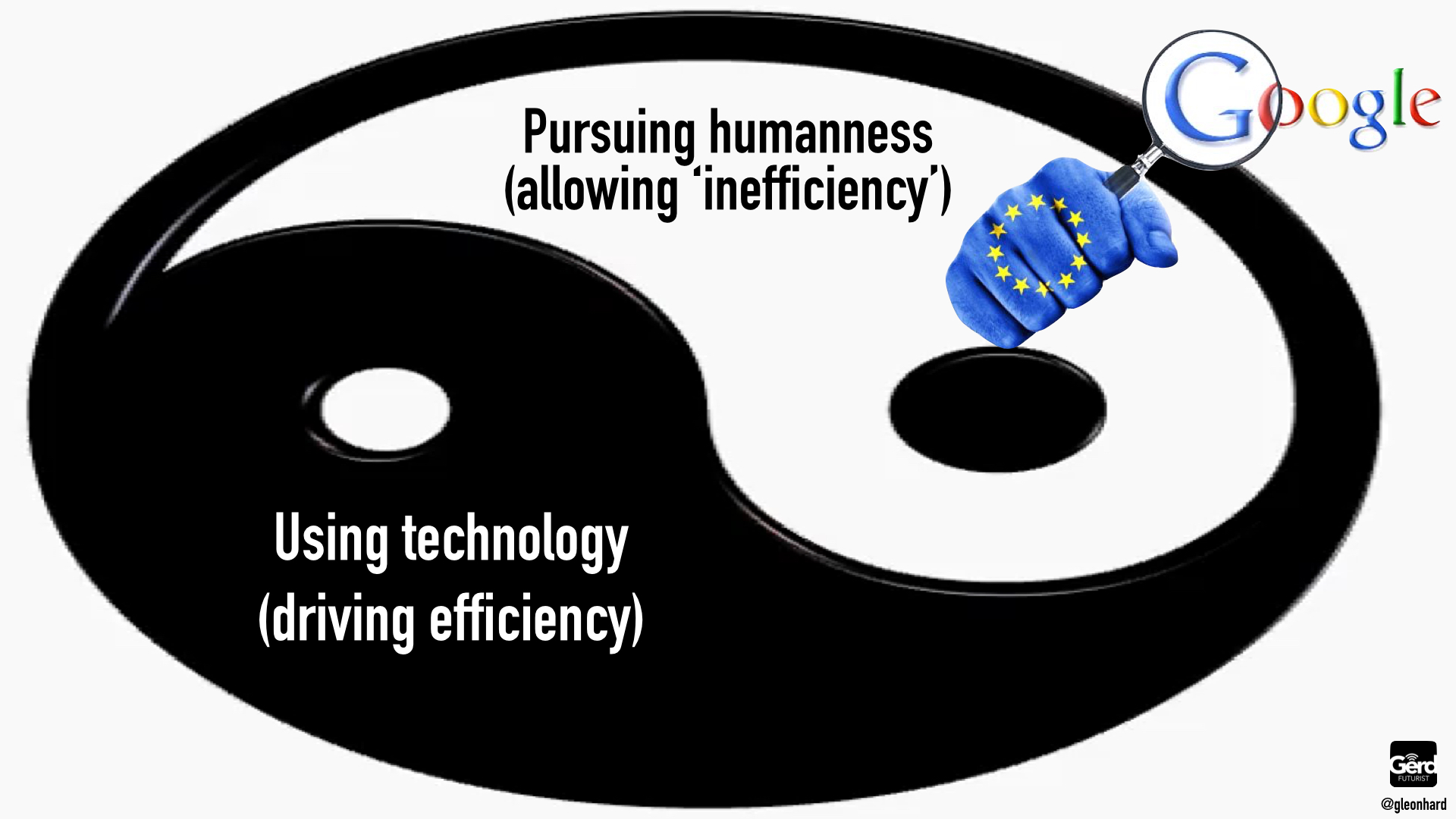 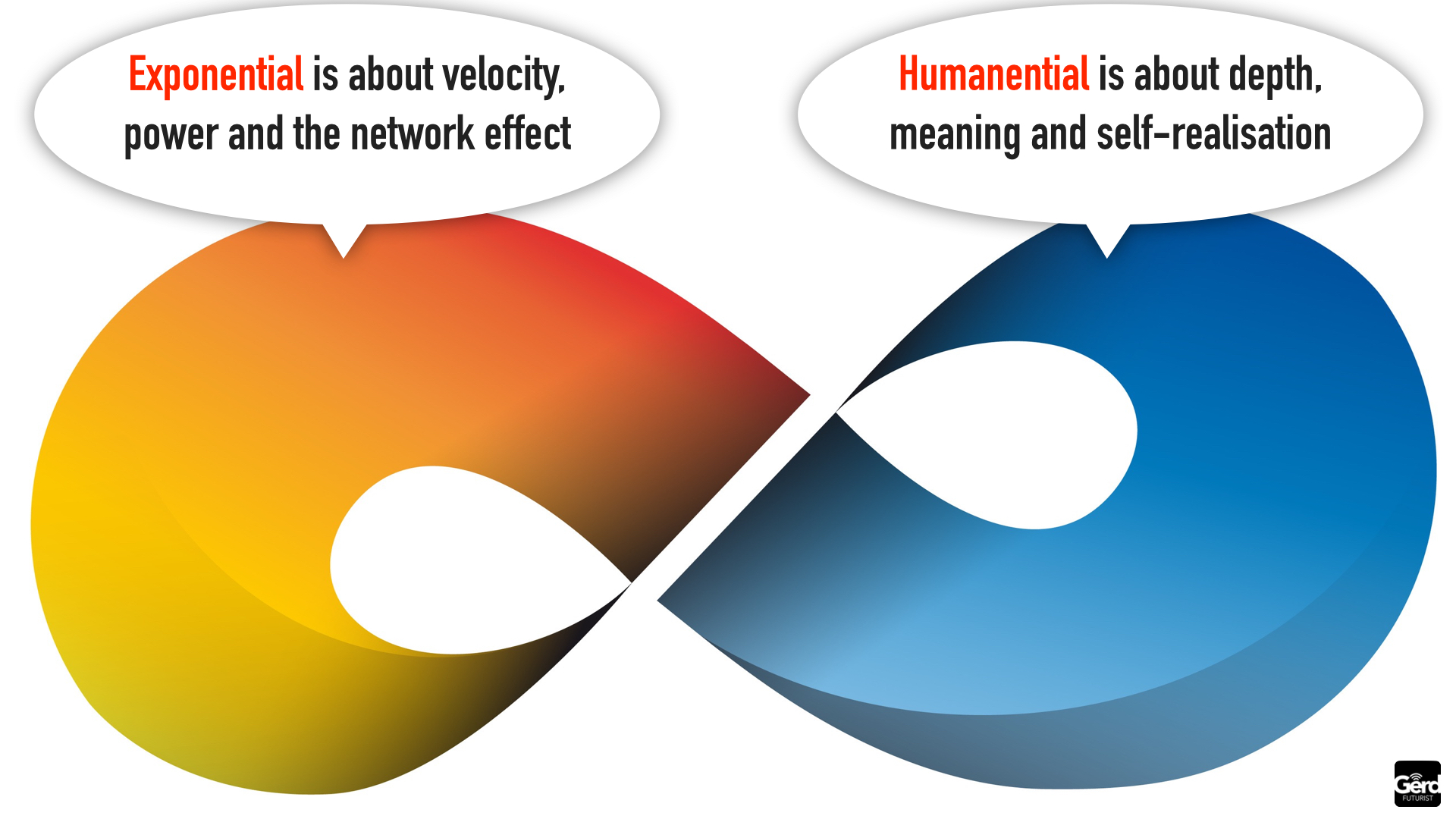 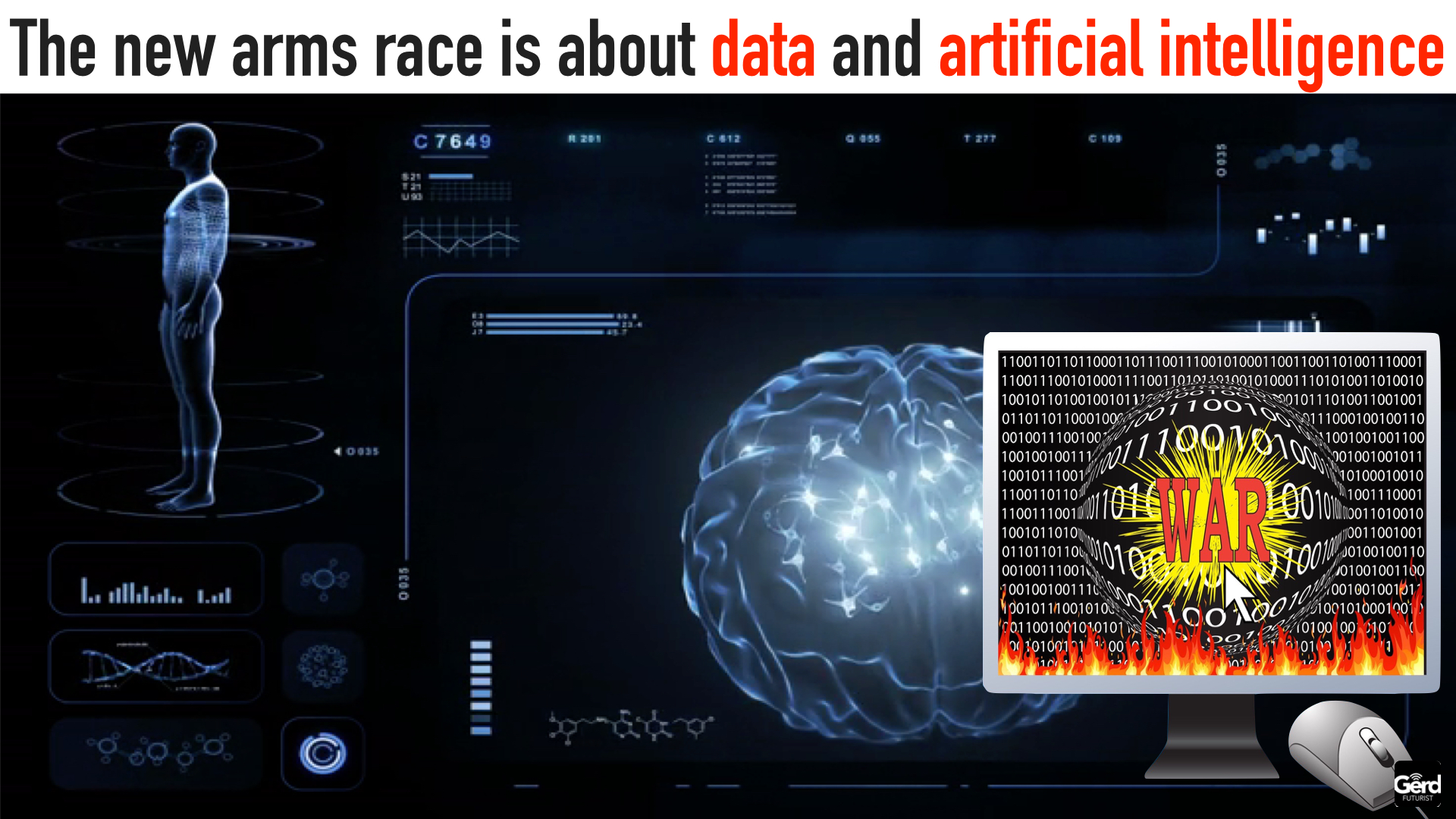 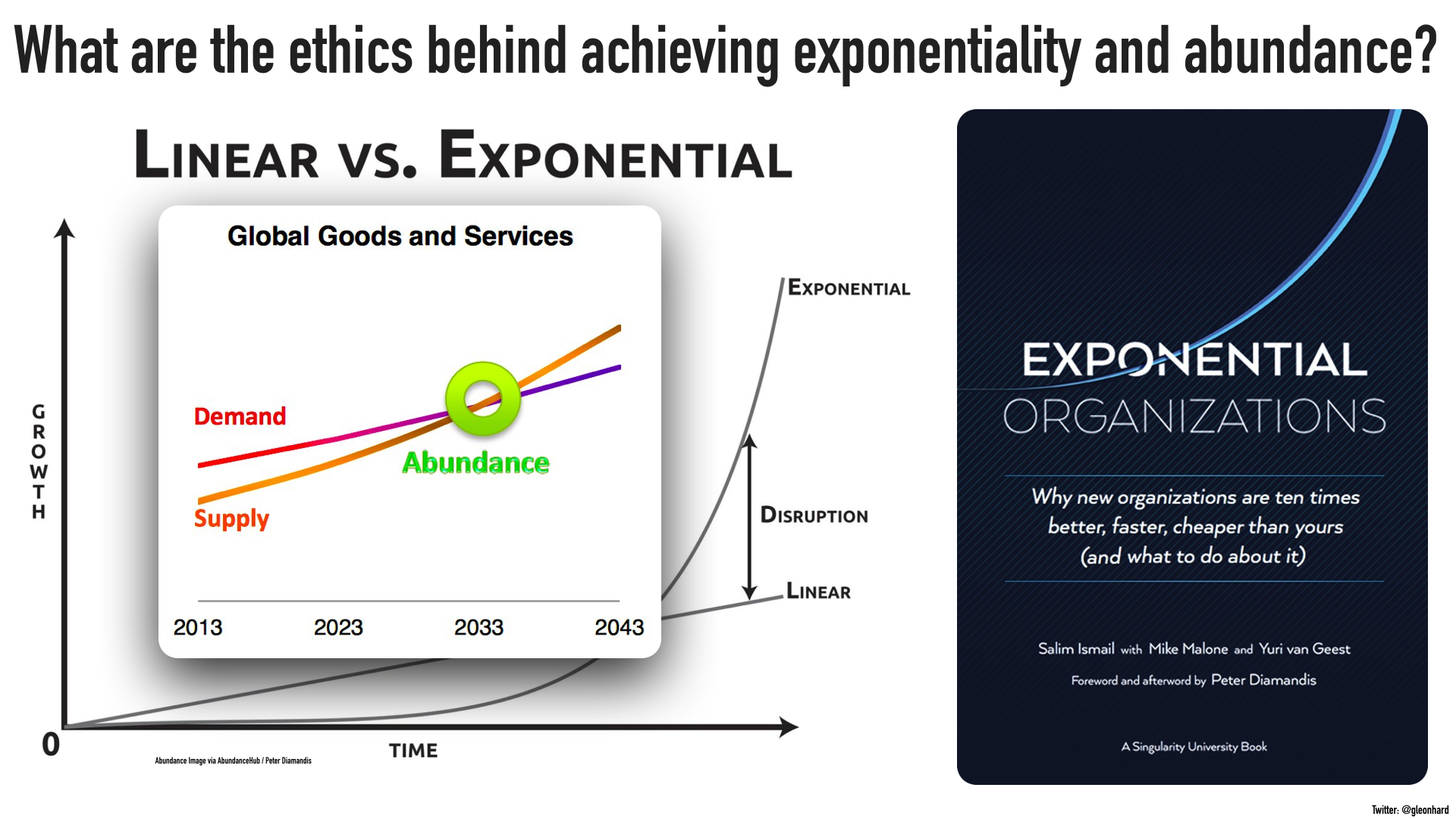 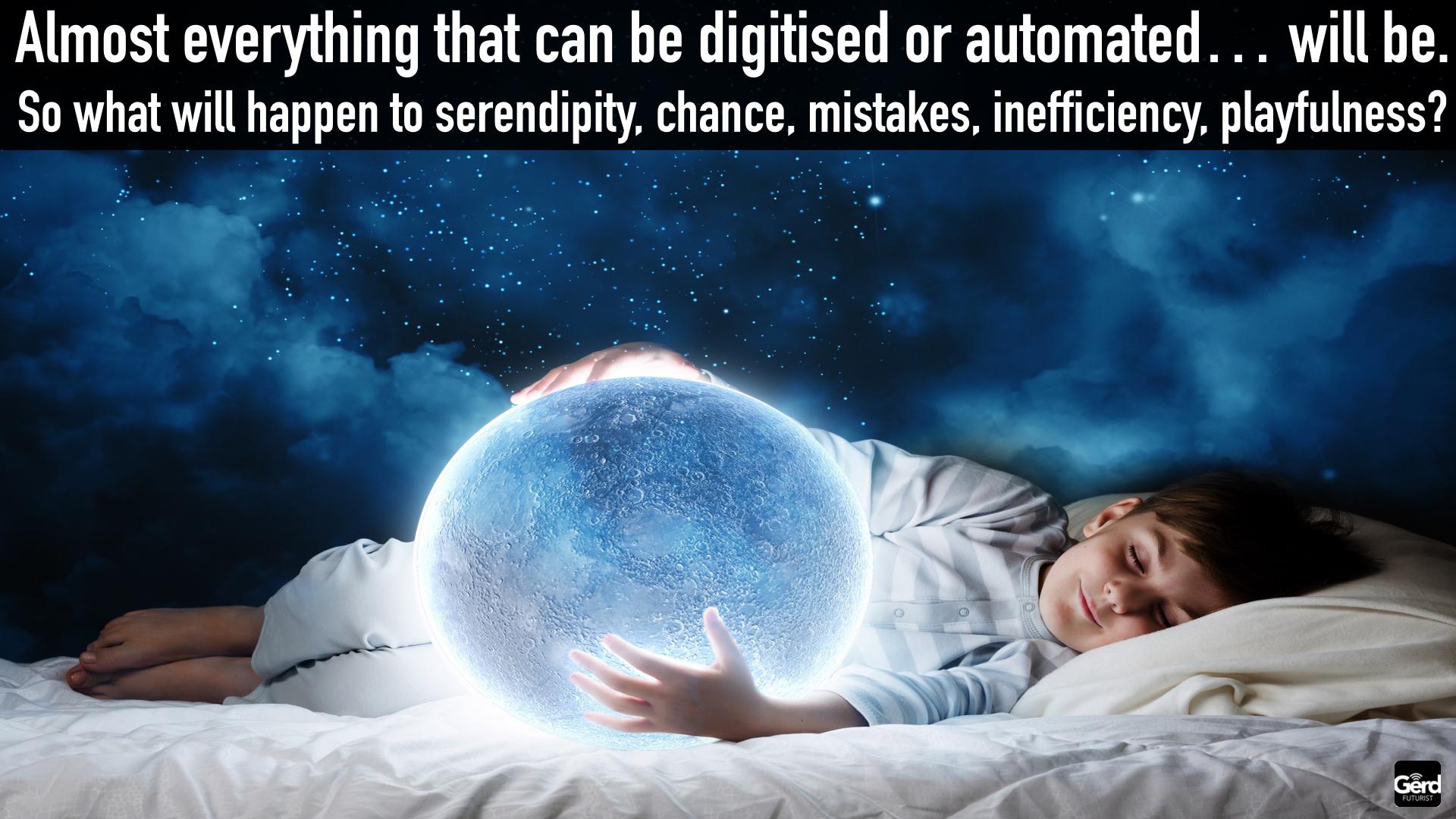 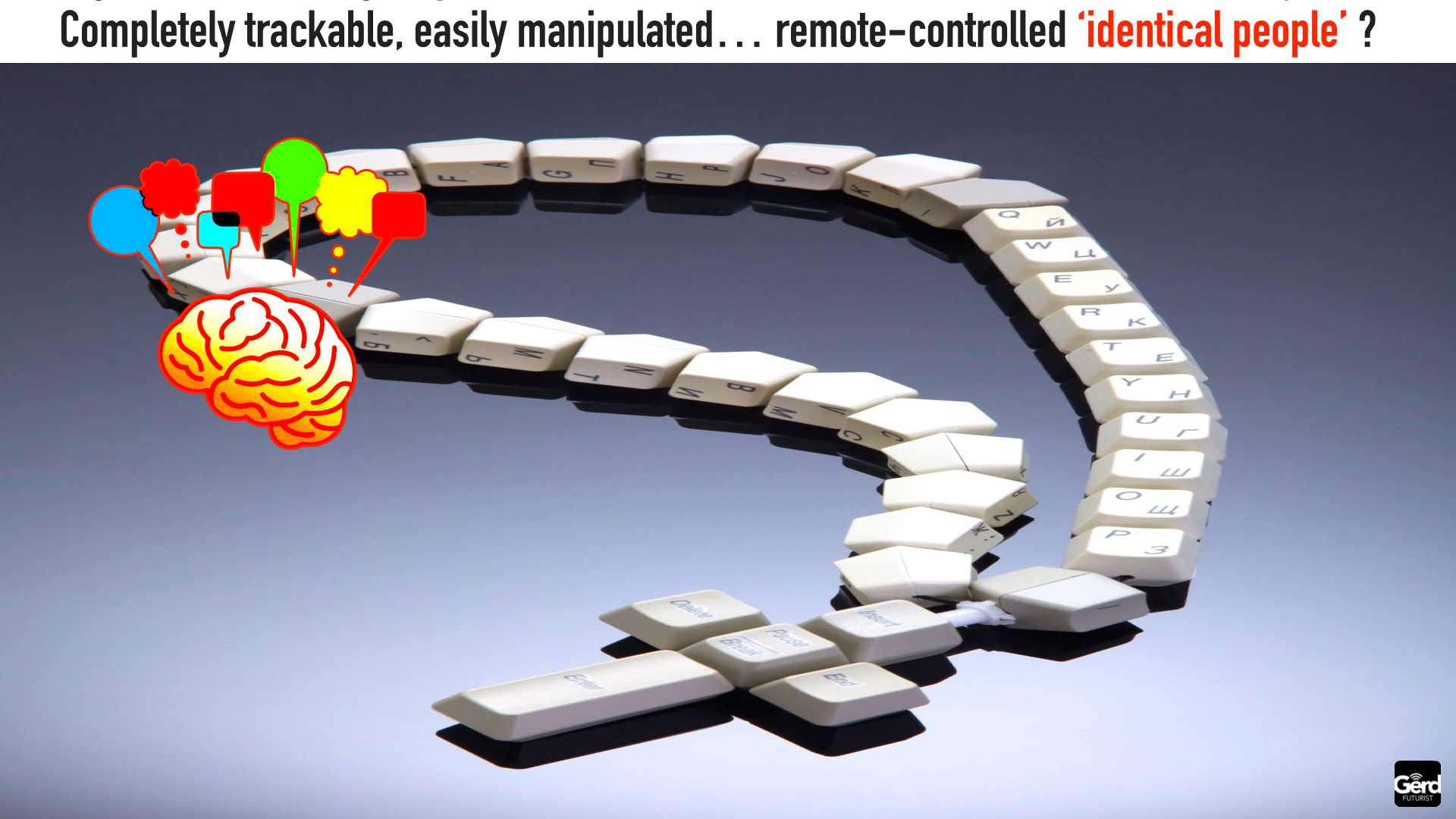 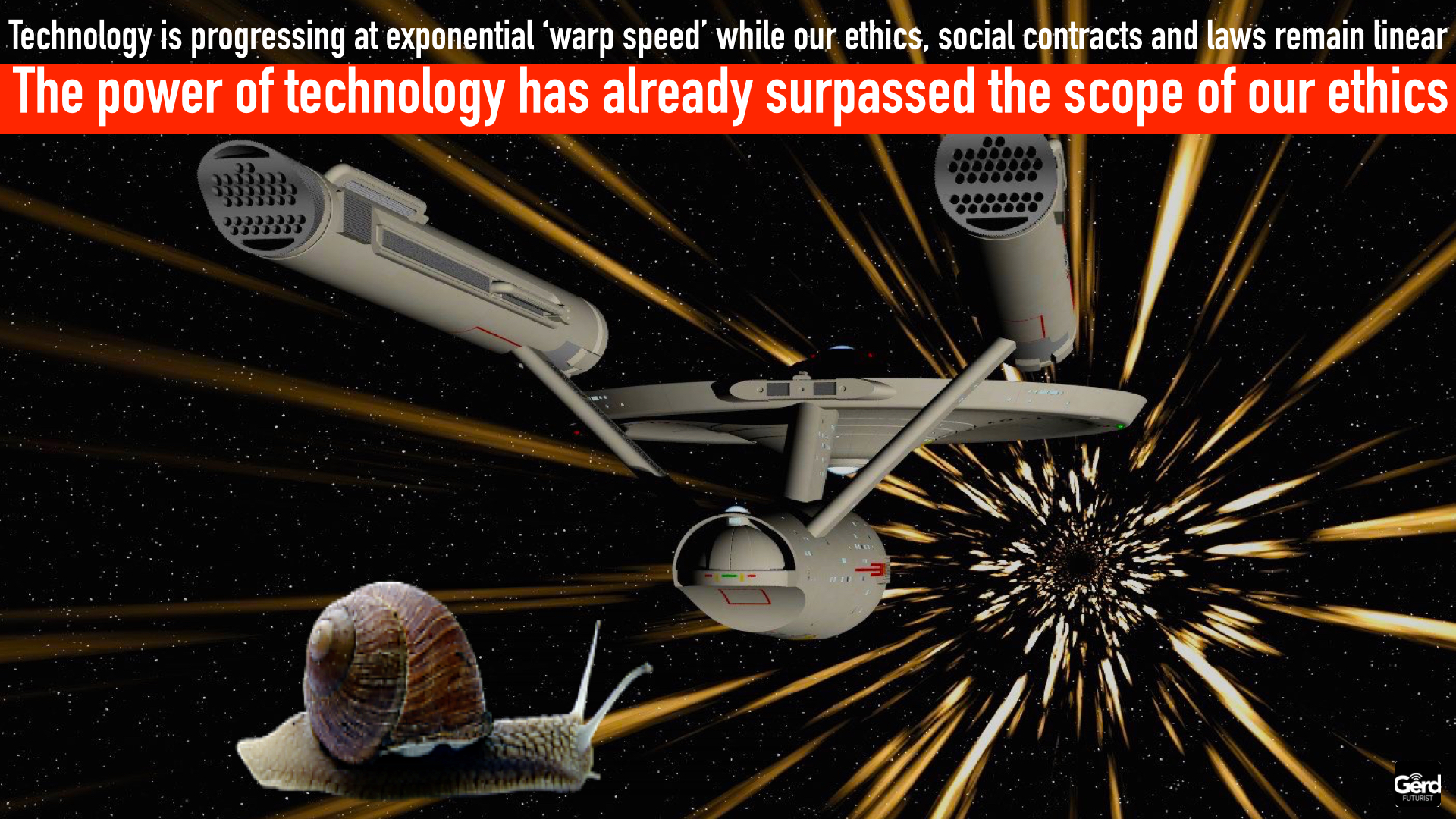