How websites and apps are designed for compulsion, even addiction. Do we need regulation? M. Schulson via AEON (relates to my digital obesity meme)

AddictionDigital EthicsDigital Obesity
Michael Schulson just published this provocative piece via the amazing Aeon.co – and it's a good read if you are wondering just how humanity and technology will intersect (or converge?) in the near future. Is this ‘convergence' engineered by those that own the turf? What about Google's AI plans and their ‘global brain' project? That would be infinitely more scary than a mere website 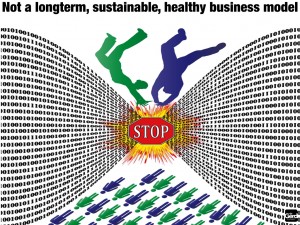 or app. Below are some high-lights from the piece, comments and other linkage.
Some of the things Michael is talking about, and the arguments set forth by some of the ‘digital addiction providers' remind me of when I did some future-scenario workshops for large online gaming companies (which I have since stopped doing, btw). I tend to think, however, that it is not really feasible to regulate ‘websites and apps' to be less addictive – the real question is what will happen once we get further into AR, VR and brain-computer interfaces that will be so sticky that we will likely feel utterly lost without them. In other words, we are only at the beginning of a huge issue. Be sure to read my FastCompany piece on Digital Obesity, btw — it kinda covers the same turf.
If the internet is addictive, why don’t we regulate it? — Michael Schulson — Aeon Essays Aeon Magazine (images added by Gerd Leonhard)

“When I go online, I feel like one of B F Skinner’s white Carneaux pigeons. Those pigeons spent the pivotal hours of their lives in boxes, obsessively pecking small pieces of Plexiglas. In doing so, they helped Skinner, a psychology researcher at Harvard, map certain behavioural principles that apply, with eerie precision, to the design of 21st‑century digital experiences. Skinner trained his birds to earn food by tapping the Plexiglas. In some scenarios, the pigeons got food every time they pecked. In other arrangements, Skinner set timed intervals between each reward. After the pigeon got food, the system stopped dispensing treats for, say, 60 seconds. Once that period had elapsed, if the bird pecked, it got another payday. The pigeons never quite mastered the timing, but they got close. Skinner would randomly vary the intervals between food availability. One time there’d be food available again in 60 seconds. The next, it might be after five seconds, or 50 seconds, or 200 seconds. Under these unstable conditions, the pigeons went nuts. They’d peck and peck. One pigeon hit the Plexiglas 2.5 times per second for 16 hours. Another tapped 87,000 times over the course of 14 hours, getting a reward less than 1 per cent of the time.

So? Well, here’s a simple illustration of how Skinner’s pigeon research applies to contemporary digital life. I’ve picked a hypothetical example: let’s call him Michael S, a journalist. Sending and receiving emails are important parts of his job. On average, he gets an email every 45 minutes. Sometimes, the interval between emails is only two minutes. Other times, it’s three hours. Although many of these emails are unimportant or stress-inducing, some of them are fun. Before long, whenever Michael S has an internet connection, he starts refreshing his email inbox every 30 minutes, and then every five minutes and then, occasionally, every two minutes. Before long, it’s a compulsive tic – the pecking pigeon of web usage.

Psychologists have been discussing the possibility of internet addiction since 1996, just three years after the release of the first 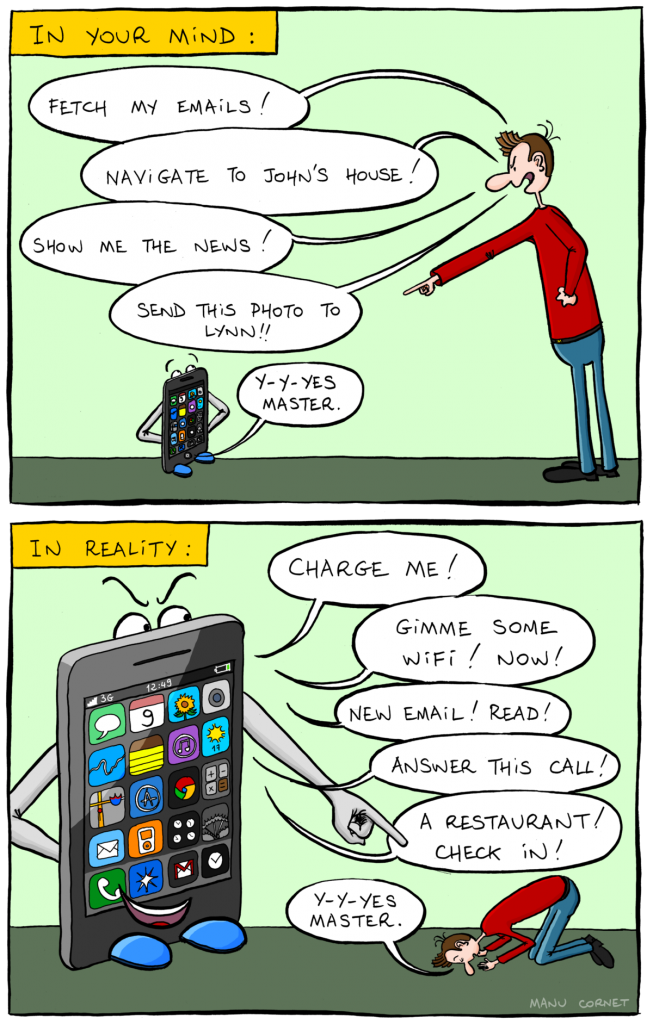 mainstream web browser. But there’s no consensus about how to diagnose internet addiction, or whether it’s even a real thing. Estimates of its prevalence vary wildly. Unlike heroin, the internet doesn’t kill people, and has obvious utility. Plus, it can be difficult to disentangle the medium (the internet) from the addictive experience (pornography, for example, or online gambling)”

“In the 2000s, users nicknamed the first mainstream smartphone the crackberry. In conversation, we describe basic tools and apps – Facebook, email, Netflix, Twitter – using terms otherwise reserved for methamphetamine and slot machines….so should individuals be blamed for having poor self-control? To a point, yes. Personal responsibility matters. But it’s important to realise that many websites and other digital tools have been engineered specifically to elicit compulsive behaviour”

“Major tech companies…have 100 of the smartest statisticians and computer scientists, who went to top schools, whose job it is to break your willpower… As with the pigeons, uncertain reward can lead to obsessive behaviour. The gambling industry has been using these techniques for years, too: as Skinner himself recognised, the classic high-rep, variable-reward device is the slot machine… People expect gambling addicts to care about winning. But according to Schüll, compulsive gamblers pursue a kind of trance-like focus, which she calls ‘the machine zone’. In this zone, Schüll writes, ‘time, space and social identity are suspended in the mechanical rhythm of a repeating process’. Finding a term for this amplification can be difficult. At worst, it smacks of coercion. At best, it represents an imbalance of power between ordinary consumers and the engineers trying to circumvent their willpower. Either way, gambling is instructive, in that it offers a frightening lesson: well-designed machines can bring people into zones of profitable compulsion”

Appeals to moderation, though, are fundamentally out of sync with the basic profit model of Silicon Valley.

Context: my videos on the man-machine topic