ActivismConsumer RightsDigital Ethics
Read the piece at The Guardian
This proposal makes sense to me – even thought I'd be hit hard by it, myself, given how much I travel for my keynotes and talks. I have suggested something quite similar 5 years ago when I argued that we should pay 2x for each plane ticket: 1x for the airline 1x for a climate-change fund.  Sounds radical and is probably unfeasible. Or not? Please comment below!

“Air travel should be taxed to protect the world’s vulnerable from drought, flooding and sea level rise. A €180 ($196/£130) levy on business class tickets and €20 on economy class would raise the estimated €150bn a year needed for climate adaptation.  That is one proposal by French economists Lucas Chancel and Thomas Piketty to address global inequalities between high-polluting individuals and the victims of climate change. “Taxing flights is one way to target high emitting lifestyles, especially if we tax business class more than economy class,” Chancel told Climate Home. “A tax on air tickets to finance development programs already exists in some countries. What we need is to increase its level and generalise it.” Piketty – author of Capital, a bestseller on wealth inequality – and Chancel outline huge disparities in people’s carbon footprints across the world. One-tenth of people are responsible for 45% of global emissions. “Economic inequalities are reaching record high levels and reducing them constitutes a key challenge to policymakers in the coming decades,” said Chancel. “It’s the same thing with carbon: another huge challenge that puts our societies at risk. If we fail to address both, our societies can collapse…”

Take a look at their exact proposal 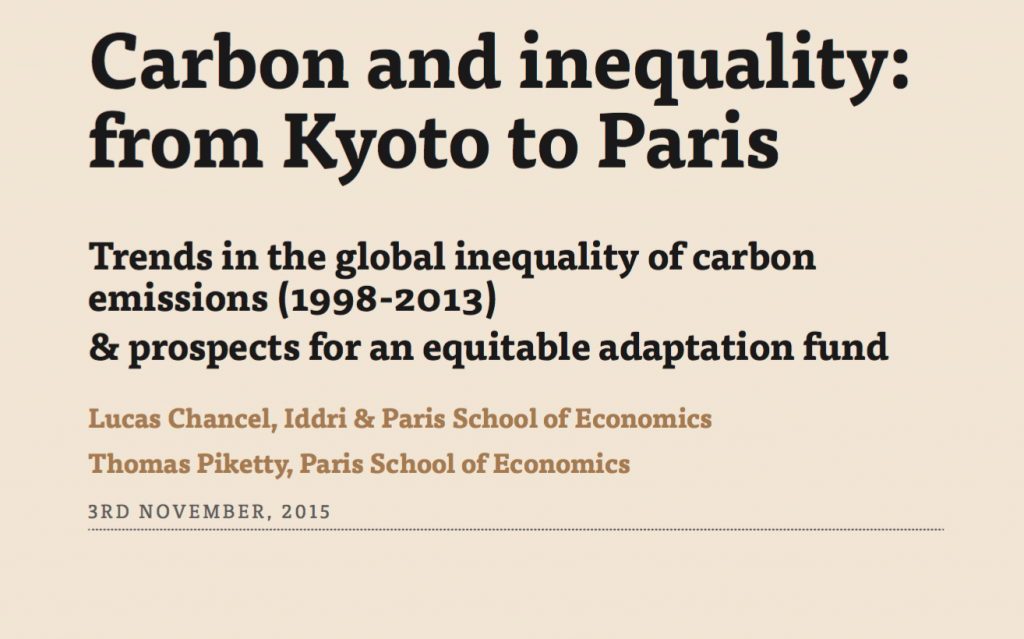