Great read via Business Insider UK about IBM's Watson ‘watching' and understanding (?) and analysing (ok… yes) 2000+ Ted Talks. He/she/it (?) now knows everything there is about trivial questions such as

What is the relationship between money and psychology?

What is the secret to happiness?

What is the meaning of life?

Does this signal the end of my job? Will smart AI-Cloud-Bots tell us about the future, soon? Will they hold exciting speeches espousing the power of technology and digital transformation?  Will their messages make the world a better place?  Will they do this for free? Will that have riveting and emotional stories based on having read every single science fiction book, future report and trend analysis? Will we cry and love them for their wisdoms?

TAKE MY POLL, below, and let me know what you think.

These are the kinds of deep questions TED Talks have long been exploring. Now, with the help of IBM's cognitive computer Watson, the answers may be just a click away. Watson, an artificially intelligent computer that doesn't just follow commands but learns over time, ingested about 2,000 TED Talks and organized them based on the content of the lectures. It maps out talks by topics and insights about the speakers, allowing users to easily browse the vast TED archives. It also lets users ask Watson any question they can dream up. Within seconds, they receive an answer in the form of relevant clips from the talks. For instance, when you ask about the secret to happiness, Watson serves up a series of short video segments where speakers most accurately answer the question. In one, TED speaker and Harvard psychologist Dan Gilbert says, “The secret of happiness — here it is, finally to be revealed: First, accrue wealth, power, and prestige. Then lose it.”

I do have to admit, I quite like this search and paste-together functionality. Give it a whirl here (sign-up required — after all, Watson really wants your data!)   Read on here

Will OracleBots replace Futurists?
This is dead-certain: start looking for another gig, Gerd
You bet – after all, the future is all about data and science!
Face it Gerd: you're outgunned. Be more creative. Reinvent.
Bots will be quite good with words but devoid of actual meaning
You can't be serious – these are MACHINES!
Sure – but who really needs futurists, anyway?
Seriously… bots are no competition for a good futurist! 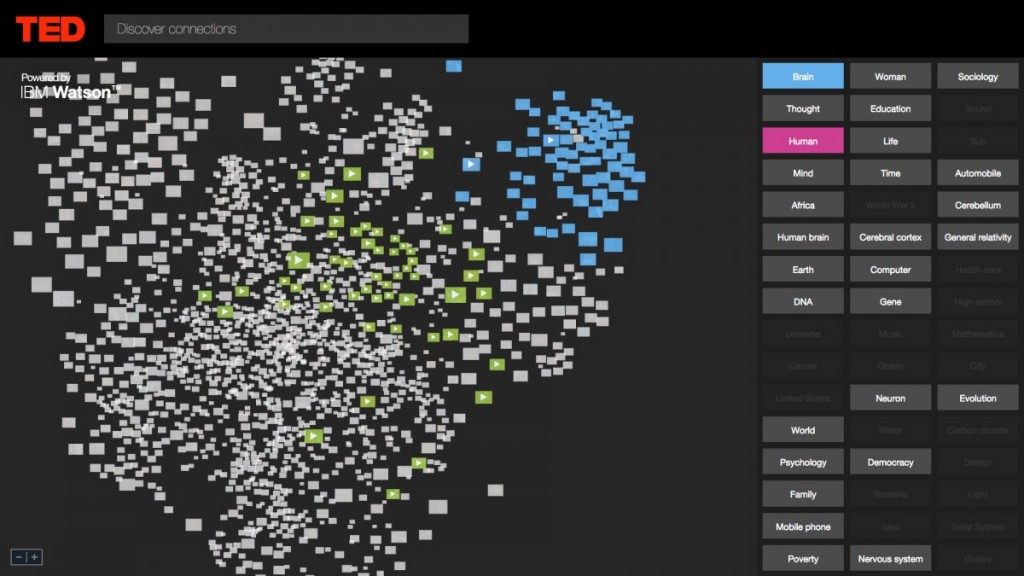 BTW:  I don't think Watson has watched MY Ted talks on Digital Ethics yet, though… maybe he/she/it would be slightly confused, then?

Then, maybe have @watson watch this one:

and then… maybe this one in fast-forward?

Disclosure: I have some business relationships with IBM (including some occasional speaking at their events). This p