Some of the best quotes from this brilliant piece by Lucianio Floridi who I recently met an event  I was moderating. Luciano is professor of philosophy and ethics of information at the University of Oxford, and a Distinguished Research Fellow at the Uehiro Centre for Practical Ethics. His latest book is The Fourth Revolution: How the Infosphere Is Reshaping Human Reality (2014).

“Believers in true AI and in Good’s ‘intelligence explosion’ belong to the Church of Singularitarians. For lack of a better term, I shall refer to the disbelievers as members of the Church of AItheists. Let’s have a look at both faiths and see why both are mistaken. And meanwhile, remember: good philosophy is almost always in the boring middle”

“Like all faith-based views, Singularitarianism is irrefutable because, in the end, it is unconstrained by reason and evidence. It is also implausible, since there is no reason to believe that anything resembling intelligent (let alone ultraintelligent) machines will emerge from our current and foreseeable understanding of computer science and digital technologies”

“Here Singularitarians mix faith and facts, often moved, I believe, by a sincere sense of apocalyptic urgency. They start talking about job losses, digital systems at risk, unmanned drones gone awry and other real and worrisome issues about computational technologies that are coming to dominate human life, from education to employment, from entertainment to conflicts. From this, they jump to being seriously worried about their inability to control their next Honda Civic because it will have a mind of its own. How some nasty ultraintelligent AI will ever evolve autonomously from the computational skills required to park in a tight spot remains unclear. The truth is that climbing on top of a tree is not a small step towards the Moon; it is the end of the journey. What we are going to see are increasingly smart machines able to perform more tasks that we currently perform ourselves”

“Both Singularitarians and AItheists are mistaken. As Turing clearly stated in the 1950 article that introduced his test, the question ‘Can a machine think?’ is ‘too meaningless to deserve discussion’. (Ironically, or perhaps presciently, that question is engraved on the Loebner Prize medal.) This holds true, no matter which of the two Churches you belong to. Yet both Churches continue this pointless debate, suffocating any dissenting voice of reason.”

“True AI is not logically impossible, but it is utterly implausible. We have no idea how we might begin to engineer it, not least because we have very little understanding of how our own brains and intelligence work. This means that we should not lose sleep over the possible appearance of some ultraintelligence. What really matters is that the increasing presence of ever-smarter technologies is having huge effects on how we conceive of ourselves, the world, and our interactions. The point is not that our machines are conscious, or intelligent, or able to know something as we do. They are not. There are plenty of well-known results that indicate the limits of computation, so-called undecidable problems for which it can be proved that it is impossible to construct an algorithm that always leads to a correct yes-or-no answer”

We should make AI’s stupidity work for human intelligence. Millions of jobs will be disrupted, eliminated and created; the benefits of this should be shared by all, and the costs borne by society. We should make AI’s predictive power work for freedom and autonomy. Marketing products, influencing behaviours, nudging people or fighting crime and terrorism should never undermine human dignity. And finally, we should make AI make us more human. The serious risk is that we might misuse our smart technologies, to the detriment of most of humanity and the whole planet. Winston Churchill said that ‘we shape our buildings and afterwards our buildings shape us’. This applies to the infosphere and its smart technologies as well

Related: my keynotes and talks on AI 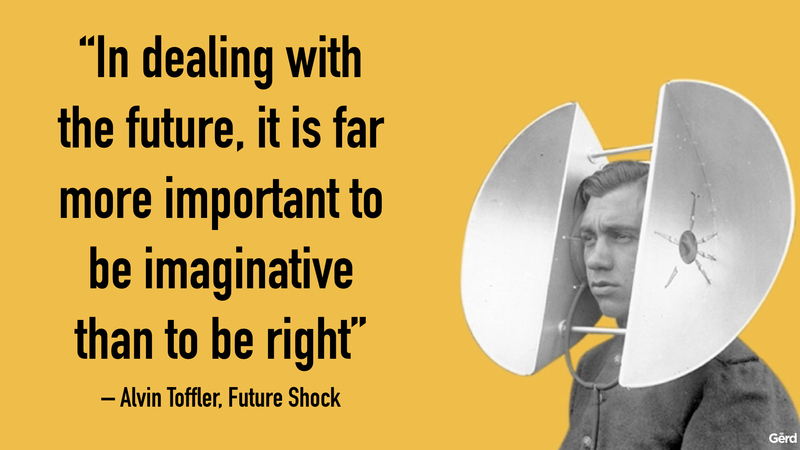