Technology, Humanity, AI… and The Future of Politics (Die Welt essay by Tim Renner and Gerd Leonhard, translated from German)

Read the original version at Die Welt (paywall), or via the brand-new Renner/Leonhard site

Thanks to Tim Cole for helping with this translation.

Stand up, damned of the Earth!

Tomorrow is on its way, and it’ll be here faster than many of us may think. Sure, we don’t see many robots passing us in the streets, yet, but even those tiny devices that we now lug around with us are far more intelligent than those funny-looking humanoids we used to watch on the kiddie scifi series The Jetsons. And just wait until machines start teaching themselves (aka “machine learning”) – that’s when things will really get moving. Right now, we are standing at the take off point for exponential development in technology. Remember how exponential works? First comes, 4, then 8, 16, 32, and so on. That gentle “Wind of Change” we heard so much about back in the 90ies will soon become a bona-fide whirlwind very soon.

Not that we, too, don’t feel the need for speed, but if everyone is only worried about moving as fast as they can, who will stop and consider where we are heading? Who is Mission Control for Humanity when we need it? Who is authorized to make these decisions in our name? Right now, it seems that (some) scientists, some venture capitalists and big technology companies are in charge, albeit without any proper supervision. Facebook, Linkedin, Twitter and Baidu determine whom we communicate with and what about. Tinder and Parship decide whom we meet and whom we fall in love with. Apple, Google and their ilk tell us what’s supposed to be interesting. Tesla, Uber, and Waymo are behind our steering wheels. IBM is working on quantum computers compared to which the human brain seems pea-sized. Google’s Magenta Project may one day lead to Artificial Creativity. And all that’s just for starters! 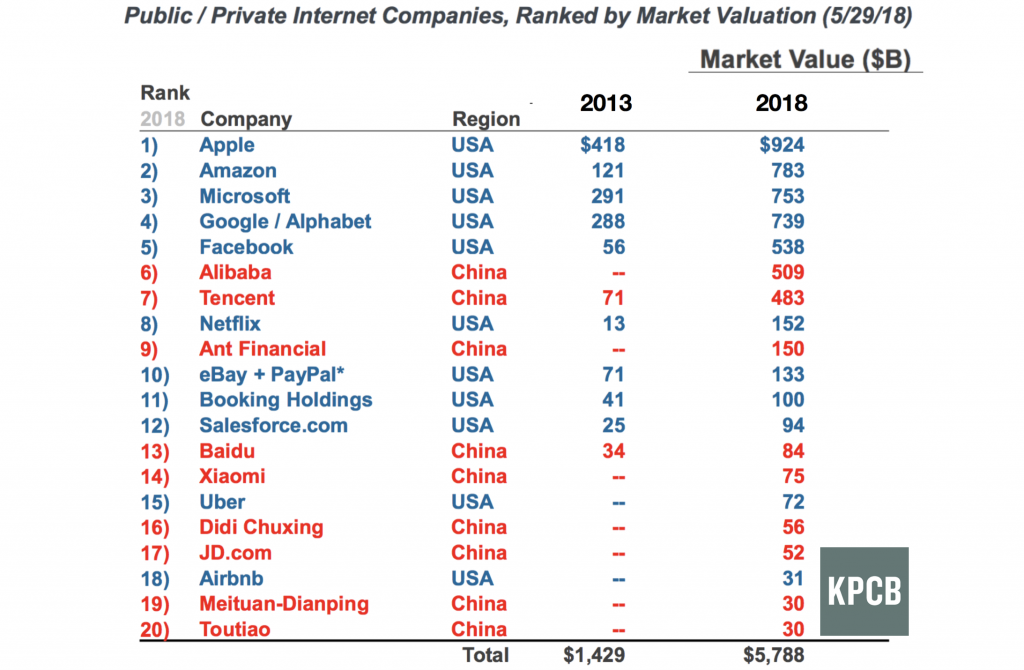 But lets be clear: Technology itself is neither good nor bad; it is morally neutral, just a tool. Tech writer Kevin Kelly once said that “computers are for answers; humans are for questions”.

Or to put it another way: Technology has no ethics – that’s simply our responsibility. But should we leave the job to science and business? Definitely not! Scientists are driven by curiosity, which is what makes them able to expand the limits of the possible. And business craves progress because that leads to maximum productivity and profit. We can't really blame them: Thinking about the future in terms of human benefit is not really part of their job descriptions.

Lots of people don’t understand this, or else they don’t care who shapes their political and social futures. How else to explain the sudden rise and fall of the Pirate Party in Germany in 2011/12:  this movement had nothing to offer except a kind of liquid democracy involving unconditional basic income ideas, strong data/privacy protection, a revolt against antiquated copyright laws, and plenty of internal chaos – and that was all.

Yet at least they created the impression that their aim was to give politics and society a say in their own future. For a while, they raised our hopes that lateral thinkers, questioners, troublemakers, artists and philosophers might take the helm. The expectation was that politicians would rediscover things like sense and meaning, ethics and aesthetics. But as it turned out, the Pirates weren’t able to deliver as promised, and they sank like a stone. Only their dreams remain.

So what is to be done? Why not start by waking up? We need progressive politicians  who are willing to stand up and GET INVOLVED. Social democracy (Sozial-Demokratie) used to stand for policies that put the latest technologies to work in the interest of social progress. That was reason Lasalle and Bebel founded the SPD (German party) in the first place, 155 years ago. Today, local and regional chapters of the SPD are actually debating the need to shut down the party’s Facebook page because, as they say, Facebook is “evil” (and Gerd agrees with that, read more here) That is an essentially conservative stance, and one that leads in a completely wrong direction. But the German SPD is hardly a lone example. The collective demise of social democracy in Europe is the result of the parties’ lack of answers to technological change. Sadly, there are no other progressives in sight to whom we could turn could fill the gap.

This refusal to do the job and general lack of perspective on the part of the former progressives is a clear and present danger for our liberal democracies. We really need to worry about digitization, automation, virtualization and globalization if it is taking place beyond the control of us or of responsible political forces. Despite the strong Europe's pretty strong economies and solid job markets, populists are being elected right and left simply because they postulate a deceptively simple view of the future: Stop change in its tracks, they say! Bring back the past, parties such as AfD, FPÖ, and SVP demand – instead of thinking about ways to shape the future.

The answer to this kind of reactionism is not to stop making promises, but to make better promises!

That is why we need future scenarios that quicken our curiosity, raise our hopes and force us to look forward. Machines and intelligent algorithms may free humans from many hateful jobs – scientists are talk about the possible elimination of 60-85% of all routine work. It will be the dull and the repetitive grunt stuff that we will one day delegate to robots and AI. As long as our basic needs are filled, we humans may finally be free to involve ourselves with other things (or other people) and to perform tasks that will actually make the world a better place. 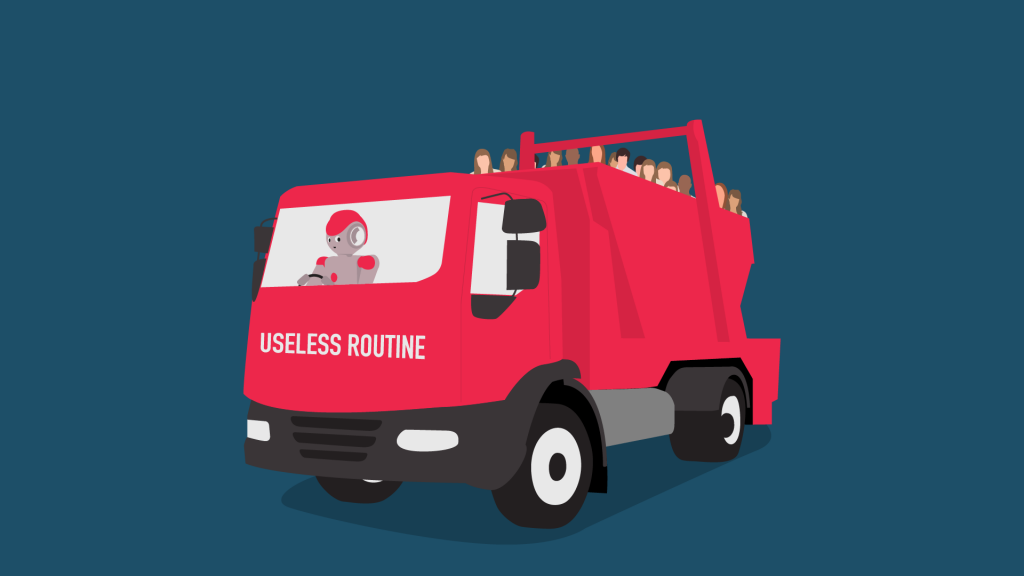 And there’s even more to come. Vertical farming and protein from petri dishes (‘lab to fork') may before too long make hunger and malnutrition things of the past, as well as helping us achieve our climate goals (not to mention the animals and their welfare). 3D printers may well do away with the need to move some of the things we think we need over long distances; instead we can simply print them on-demand (like GM's 3-D printed seat brackets). And since our carsharing services could be sending a self-driving car right to our doorstep, fewer people may feel the need to own a car anymore. Cloud-based healthcare records and the imminent convergence of biology and technology will lead to forms of personalized medicine that will be both simpler and cheaper to administer, improve the health and lives of everyone.

Unfortunately, this whole story sounds too good to be true, at least as long as the storytellers all reside in Silicon Valley, and increasingly, in China. Here in Europe, also stoked by Hollywood, we prefer to splurge on apocalyptic fantasies. Not that the fears thus articulated are completely unfounded: There is a serious danger that our data and our connectivity itself will be misused, and exponential technologies such as AI could spiral out of control. We should therefore probably mistrust all overly optimistic narratives about the future – instead, what we desperately need is an good mix of foresight and optimism, with a pinch of public and private control added in for good measure. This, of course, will require politicians who are both courageous and questioning.

We all need to think big, even exponentially, instead of linearly as in the old days; that’s if we want to inspire the future and turn it into a strong promise. The world will continue to change, faster and more thoroughly than ever. “Business as usual” in processes and regulation won’t help us to set the necessary switches and change our direction. It’s fine for the Green European parliamentarian Jan Albrecht to say that “data is the new oil” and demand more protection. But if all that leads to is too much regulation in the traditional sense, not much is gained. As an example, the EU's General Data Protection Regulation (GDPR) might be seen, by some, as yet another bureaucratic monstrosity whose only result so far has been loads of emails instead of increased data security and transparency. Data is and can, of course, still escaping EU jurisdiction. So why not create a safe harbor for data here in Europe; why aren’t there calls for an EU Cloud?

But perhaps we are asking too much from politicians whose qualifications first require a degree in political science or jurisprudence, followed of many years of low-pay toil in the office of some assemblyman or parliamentarian, ending up (if they’re lucky) with a sinecure in some state or party-affiliated institution.

We think what we really need is a European “Digital Ethics Council” (my posts on that are here) to give politicians and public figures guidance for future-oriented action. This body should consist of thinkers scientists and researchers from across the political spectrum, philosophers, authors, thought-leaders, and artists. Its mandate should be to conduct and popularize an ongoing debate about the framework within which exponential technologies should exist, in the future. It should publish recommendations for states, governments, politics and business to follow, thus giving impetus and direction to these discussions. These could then form the basis for multinational and global agreements.

International moratoria are nothing new; for chemical and nuclear weapons of mass destruction they’ve been around for decades following humanity’s horrendous experiences with technological ‘advances' in both World Wars. What we need now are similar socially and legally binding frameworks on AI (particularly AGI – artificial general intelligence) and human genome engineering. This time, however, we can’t afford to wait for the next Hiroshima-like event to happen. The effects of yet another fall from grace could prove to be irrevocable; we will soon be unable to turn back the clock on artificial intelligence, as much as we may want to.

The chances are slim, however, that the United States or China would participate in any such voluntary measures. After all, they are the homes of the Big Players in the digital industry; companies like Google, Facebook, Baidu, Alibaba and Tencent. These leading global platforms need to continually earn their license to operate by putting in place proven and effective measures that serve to keep our data (aka the ‘digital copies of ourselves') safe from theft or misuse. How can it be that global enterprises with hundreds of millions or even billions of users are monitored and policed less strictly than the mass media or banks? Similarly, allowing these same companies to rake in virtually limitless profits thanks to the sinking or disappearing marginal costs of doing business digitally. Modern technology needs a modern logic of taxation.

Tomorrow’s on its way, and its coming faster than you think! In some places, it’s here already – only we haven’t noticed yet. It will bring lots of magic which we all can experience and share. But to ensure that it works for the betterment of humanity and not the other way around, we need to get involved, to shape the future in the ways we want. We must be ready and willing to dream, and if necessary, to fight. We’re heading for tomorrow today. Wake up and join us!

Read more in my book Technology vs Humanity