“YouTube is designed to catch you and not let go. Sometimes I access the site just to watch one thing, but then one of the related videos catches my eye. I watch that one, then another and another, and soon a five-minute visit has stretched far longer. If it’s half an hour of movie trailers, then I’m just indulging in a guilty pleasure. But what if I followed a link to “Q—The Plan to Save the World” and wound up staying for one 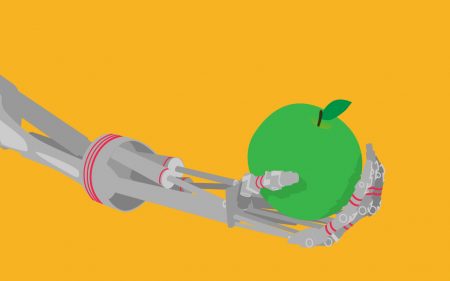 outlandish conspiracy video after another? YouTube’s associative linking is designed to keep me clicking and watching. It has turned into a mechanism for political indoctrination, suggesting through sheer repetition that an international cabal is threatening to take over the world”

“Propaganda is nothing new; it has appeared in pamphlets, books, and newspapers practically since the invention of the printing press. But social media seem particularly susceptible to spreading disinformation. That’s because social media engage viewers in a way that designers call “flow,” a psychological idea adopted as a digital-design strategy by video games. Flow focuses on keeping the user moving from one element to the next, repetitively, in search of gratification from the act of consuming media rather than from engaging with its content. When programs such as Facebook, Twitter, and YouTube are used for political messaging, they bring flow along into the political process, even if the messages they carry are truthful and nonconspiratorial. That makes these media a threat to coherent political discourse from the age of print.”

“A presence on Twitter has become almost a job requirement for columnists and pundits. YouTube can also be a valuable educational resource with videos of political roundtables, academic conferences, lectures, and interviews. But the flow-oriented design of these media inhibits extended debate. When the liberal economist Paul Krugman tweeted a critique of the inconsistency of Republican policies on interest rates, for example, most of the more than 100 replies were simply derisive comments about Republican hypocrisy—posts created to derive pleasure from online riposte rather than advocacy for a particular position.
By contrast, blog posts and articles in online newspapers and magazines are not flow media; they are digital extensions of the kind of political writing that characterized printed newspapers and journals in the 19th and 20th centuries.There might be an opportunity for the readers to comment at the end of the article, but their responses do not contribute to flow and engagement in the same way. Even formal news and commentary often decays into flow fodder, such as when people post gut-feel responses to social media about articles they haven’t even read, based on the headline alone…”