ONE OF THE MOST INFLUENTIAL PEOPLE IN EUROPE

As a Futurist and Humanist, Gerd tells the story of People, Planet, Purpose and Prosperity

“People, Planet, Purpose and Prosperity” is Gerd Leonhard’s motto, and helping to create ‘The Good Future” is his key objective. Gerd is one of the top-rated futurists worldwide; he has presented at over 1700 leading conferences and events over the past 20 years and has worked with the likes of Microsoft, NBC, Visa, Google, the European Commission, L’Oréal, Audi, Deloitte and IBM.  Gerd has influenced and inspired Millions to “imagine and create a better tomorrow”. He was named as one of Wired UK’s Most Influential Europeans in 2015 and is listed as #7 in the global ranking of futurists.

As a leading voice on the future of humanity, and the bestselling author of “Technology vs Humanity: The Coming Clash Between Man and Machine”, Gerd has built a storied reputation as the go-to keynote speaker and thought leader when it comes to digital ethics, human-centric technology, sustainability, and the need for a new, future-fit economic logic.

Since 2020, Gerd has further developed his uniquely immersive ‘keynote television’ style and has quickly become one the most popular virtual keynote presenters worldwide. Gerd is also a former professional musician, a critically acclaimed film-maker and producer,  a successfully failed .com paper-millionaire, a fellow of the Royal Society of the Arts (London), and a Visiting Professor at the Fundação Dom Cabral in Brazil.

Gerd is no stranger to media, frequently sharing his often controversial but always prescient views in publications such as The Guardian, Harvard Business Review, Business Insider, Wired UK, and contributing interviews to the BBC, CNN, Arirang TV, Swiss SRF, ZDF, ARD, ARTE, and appearing as special guest in many documentaries.

He is based in Zurich Switzerland.

The “Good Future” conversation with Gerd can be watched here.  Listen to this AI-narrated bio. 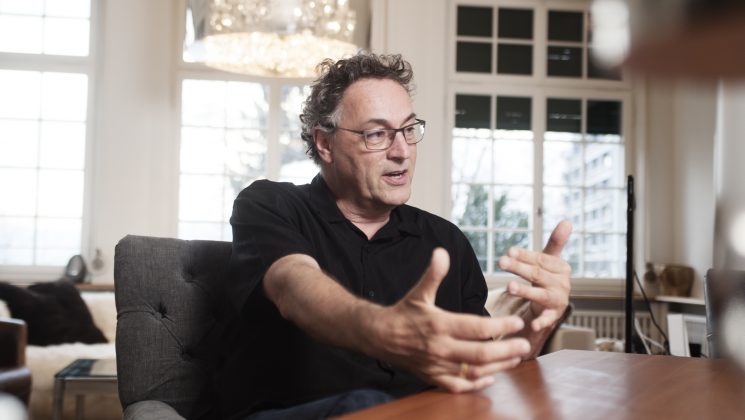 “The biggest danger, today, is not that machines will take over, but that we become too much like them!”

“If you don't have anything to hide, you're probably not human”

“When contemplating the future, it's not so much about which foresights are correct but which ones are LIKELY”

“Technology is great but humanity is greater. Make your choices wisely.”

Do you need an inspiring keynote speaker (virtually or IRL)?

Inquire today to find out how Gerd can help your organization thrive.

One of the top 10 futurist keynote speakers, worldwide

Over the past two decades Gerd Leonhard has risen to one of the top 10 futurist keynote speakers worldwide. He has performed at over 1600 engagements in 50+ countries, and boasts a global audience of over 2.5 million people. Gerd’s client list includes most Fortune 500 companies as well as many governments and NGOs. He is a leading global influencer in the field of digital ethics.

Gerd has written five books, including the best-selling ‘Technology vs Humanity’ (2016) - now available in 10 languages. Gerd’s films on the future of technology and humanity, digital transformation and artificial intelligence have reached millions of viewers. His pioneering keynote presentations use animations, video and audio in fascinating new ways.

Find out more about Gerd and his story