The Future of Business, Commerce and Society, Work, Jobs and Education 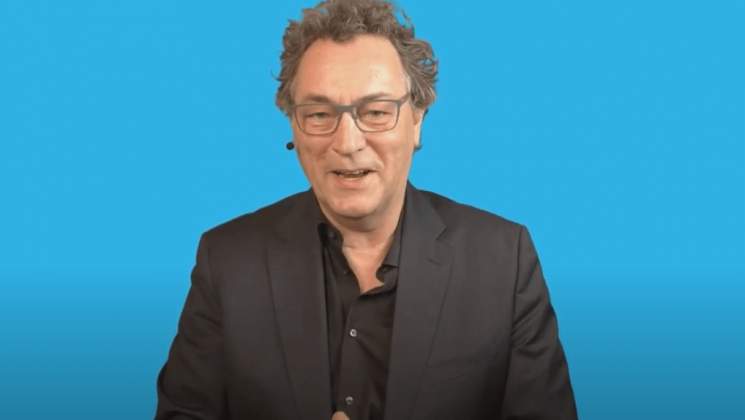 Where are the jobs of the future, what skills will we need and how far is too far?

Does your organisation pride itself on its people (talent) and its culture? If you are an executive and a leader, are you investing enough in the skills and the MINDSETs of your people in order to steer through this storm of exponential technological progress and disruption?

All too often, scientific breakthroughs, the latest technological achievements  or the old-fashioned obsession with GDP-growth dominate discussions about our future. Yet as the world is rapidly going digital and virtual, I believe it actually is our humanity that needs the most attention, and that it will be our humanness which will make all the difference. 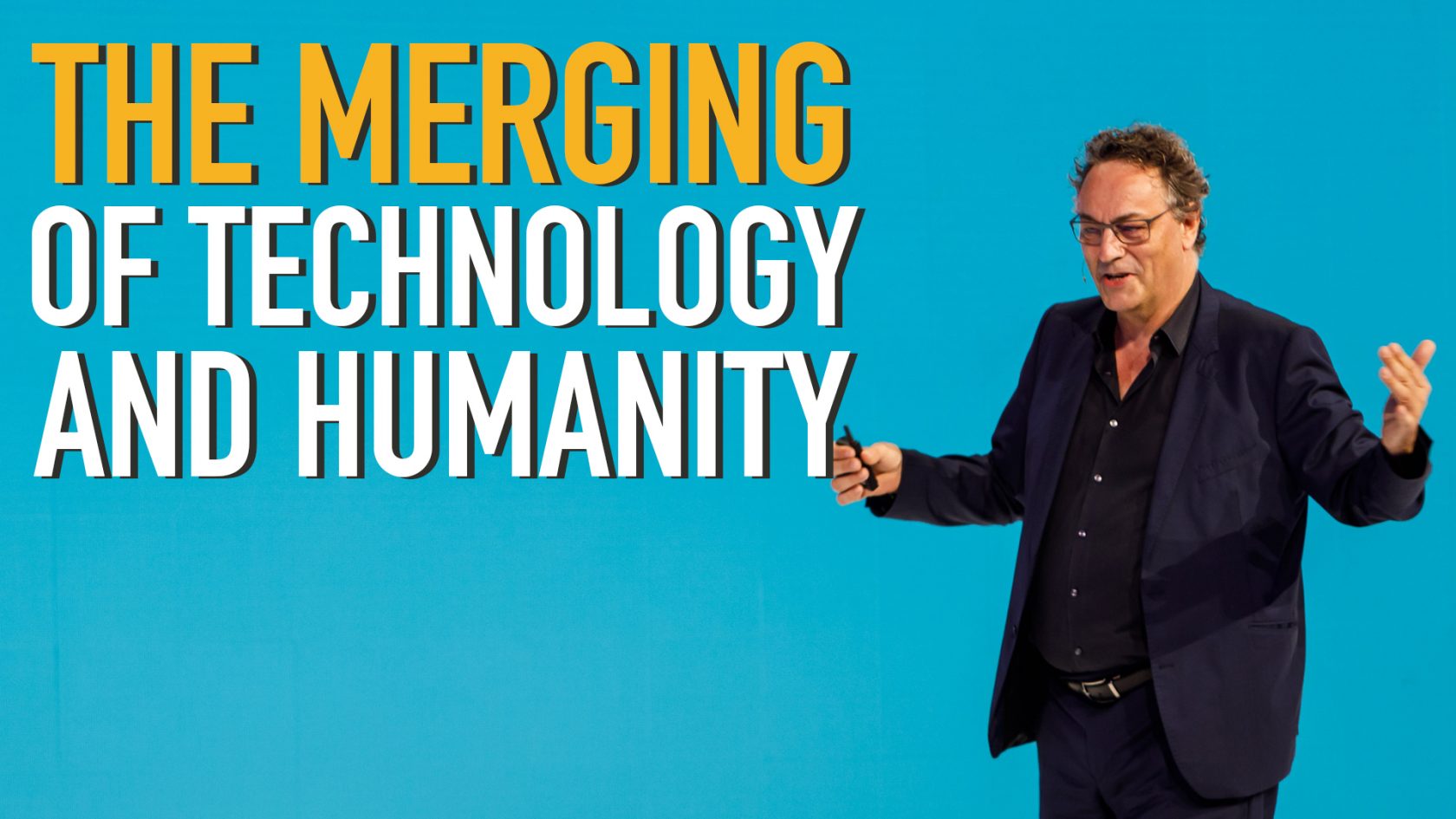 Computers will inevitably outpace humans in mere processing power, logic and efficiency, and the resulting ‘End of Routine’ is a certainty. Therefore I believe that the ticket to our future is to become more human, not less. Not to compete with the machines but to use their increasing competence to get tedious commodity tasks done better and faster – as a tool but not as a purpose. Imho, machines, computers and algorithms should have competence not consciousness.

When we think about the future, we must consider the 10 Game-Changers that result in new realities: Data is the new oil (as well as the new plutonium), Artificial Intelligence is the new electricity, the Cloud is the new living room, and the Internet of Things is becoming the new nervous system. Digital giants and social media platforms have replaced banks and fossil fuel conglomerates as the most powerful entities in the world. Algorithms, AI and bots are gearing up to run the show in every industry. Very efficient, fast and convenient, yes – but what will happen to humans when machines become truly ‘intelligent’?  What about privacy, secrets, mystery, serendipity? And what of emotions, intuition, imagination, consciousness, or free will (what I call the androrithms)?  But don’t fear the future – there is a way forward.

If you believe that awesome humans – and not merely amazing machines – should be at the core of our collective future, this may just be the right keynote for your event. Wow and to inspire your audience!

The biggest danger today is not that machines will eliminate us, but that we may become too much like them! (more memes like that, here)

When it’s about technology, too much of a good thing can be a very bad thing.

If you are looking to deeply engage with your workforce and build a truly special organisation, if you believe individuals are the heart of any enterprise, and if you want to see humanity thrive now and into the future, this keynote is for you. In this talk, I break down the the most pressing topics such as:

Some slides from my 'Awesome Humans' Talks 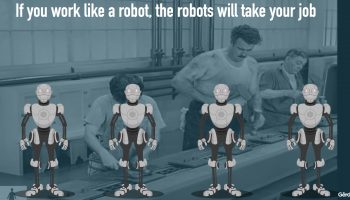 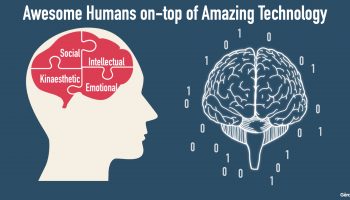 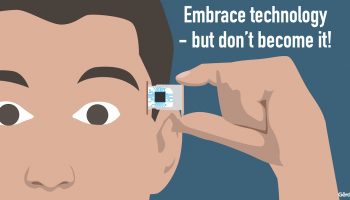 Consider how quickly the world is changing: data is the new oil, artificial intelligence the new electricity, and the Internet of Things could well be the world’s new nervous system. Digital giants and social media platforms have replaced banks and energy conglomerates as the most powerful companies (possibly, entities) in the world. Algorithms, AI and bots are gearing up to run the show in every industry.

But what will happen to humans when machines become truly intelligent? What about privacy, secrets, mystery, serendipity? And what of emotions, intuition, imagination, consciousness, and…free will?

If you believe awesome humans, and not merely machines, are at the center of our collective future, this is the keynote for you to wow and inspire audiences of just what could be when man and machine meet.

What my clients are saying

"A big Thank You to Gerd: your professionalism, great content, fantastic coordination and enthusiasm made our event a huge' success."

"Gerd has the ability to take you on a journey into possible futures without fear. A call for us all to spend time thinking about the future and being ready for it when it arrives – hugely inspiring and thought provoking. Everybody can benefit from listening and talking to this man!"

"We invited Gerd for our primary guest speaker at “The Human-Centric Future” event, Online and in Milan in January 2021. Gerd’s extraordinary, inspirational vision of the future was much appreciated by our clients"

"Gerd Leonhard has delivered a highly acclaimed, thought provoking and insightful keynote speech on the Sustainable and Digital Transformation at our global DHL Auto-Mobility conference."

"Gerd really made a big difference to our event because when he speaks about the future changes, technology, behaviors, he worries about connecting all of these changes with the audience reality, showing that it is possible to succeed, as humans, in this new world. He connects to the audience in a way that we feel that there is space for both humans and technology to live together."

"In our Annual Meeting, we had Gerd with us (virtually). This meeting's motto was "It is up to you", looking forward to BA Glass future. It was fundamental to count on Gerd participation to take us into the Future. Gerd did an exciting presentation around the opportunities and risks we have in hand, reminding us that asking "how the Future will be?" is the wrong question. "The Future will be what we will make of it!", he wisely said. Thank you Gerd, for your enormous inspiration."

"Gerd allows the audience to travel to and from the future. The result remains long after the conference, when you rewind his presentations after a few years, and see it happening in front of your eyes. I had the pleasure to hire Gerd when I was at Pestana Hotel Group, and this specific event reached the highest score ever in 4 decades. Gerd is a pleasure to work with, and I highly recommend his services."

"Working with Gerd was an excellent experience, and he definitely pushed our executives’ thinking forward. Not only did he outline major technological and societal trends affecting our business, he did so in a way that was engaging and personal"

"CommunicAsia was truly honored to have Gerd Leonhard as one of our keynote speakers for this year. Gerd’s addition to the Summit has been breathtaking and inspirational. His visionary address on The Next 5 years in Global Digital Transformation truly captivated the audience. Thank you for being with us!"

"Your presentation was a huge success. You managed to scare delegates to death and give them hope at the same time – quite a feat and exactly what they needed! Thank you also for crafting your ideas so that it tied very directly into our business, rather than being just a rehash of a standard presentation."

"Gerd was the opening keynote speaker at our social media and content marketing event and made a huge impact to all 400 listeners. People discussed and quoted him through-out the day and in many blog posts afterwords. We organizers were all very happy about this"

"Gerd came in remotely and lit up our Conference, everyone was talking about his thought provoking insights throughout the rest of the day!"

Jeremy Hope, Head of IT Sales and Solutions